Where Can You Be Safe From Climate Fraudsters?

Yale University operates one of the most fraudulent climate sites on the planet, and steering clear of New Haven, CT is always a good idea for a person’s mental and physical safety.

They ran this article recently for climate neurotics who want to know where they will be safe from climate change. The first response was from a woman who lives in Tucson, Arizona and complains that Arizona is hot. ‘Where should I move to be safe from climate change?’ » Yale Climate Connections

Meanwhile, back in the real world, Maricopa County, Arizona is the fastest growing county in the US. Maricopa County is hotter than Tucson, and people are moving there in droves. One year ago this week the governor bragged that Arizona was “open for opportunity.” 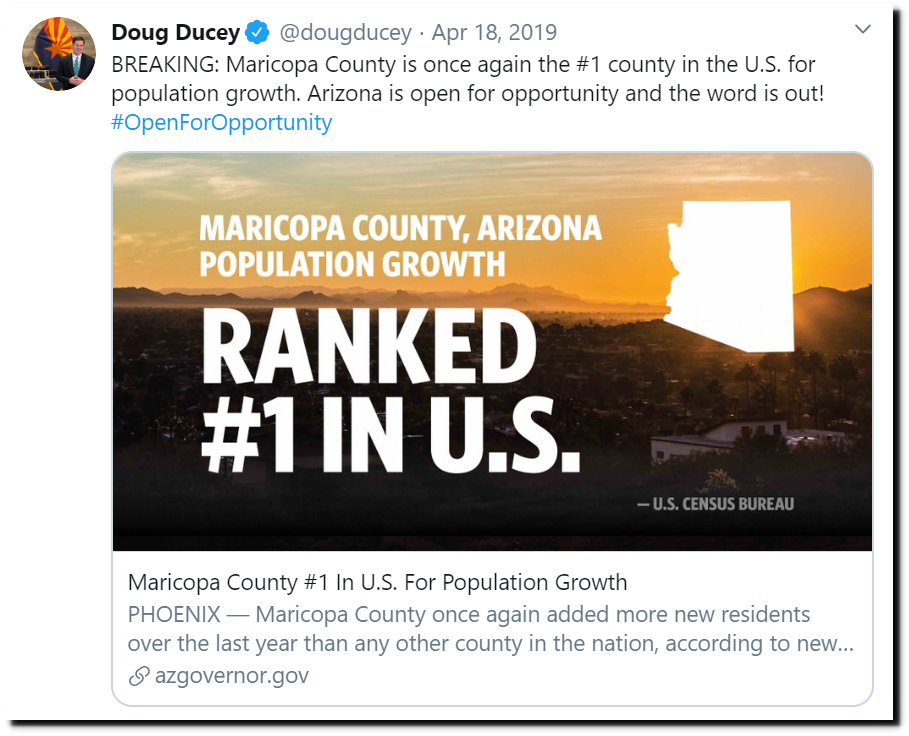 In 1968, Tucson set their record of seven consecutive days above 110F. 14 Responses to Where Can You Be Safe From Climate Fraudsters?