Medical Researchers Determine That Australia Never Used To Get Hot 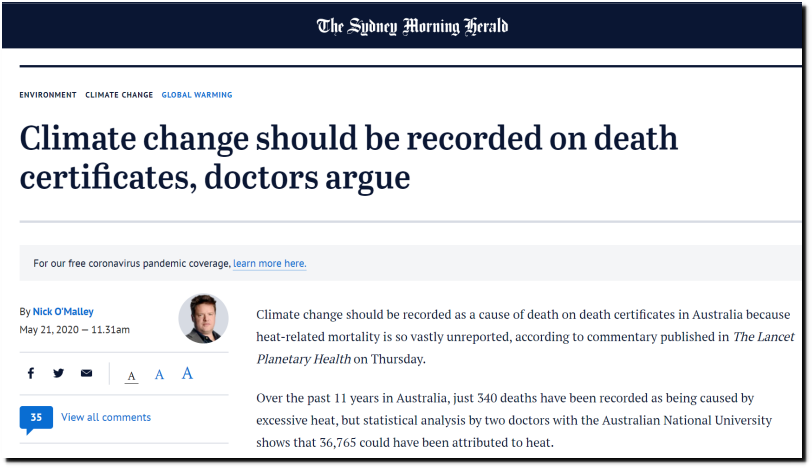 Climate change should be recorded on death certificates, doctors argue

If only Australia could return to the low CO2 days of 1896.