Democrats say that John Wayne (who married three different Latinas) was a racist, and should be removed from history. 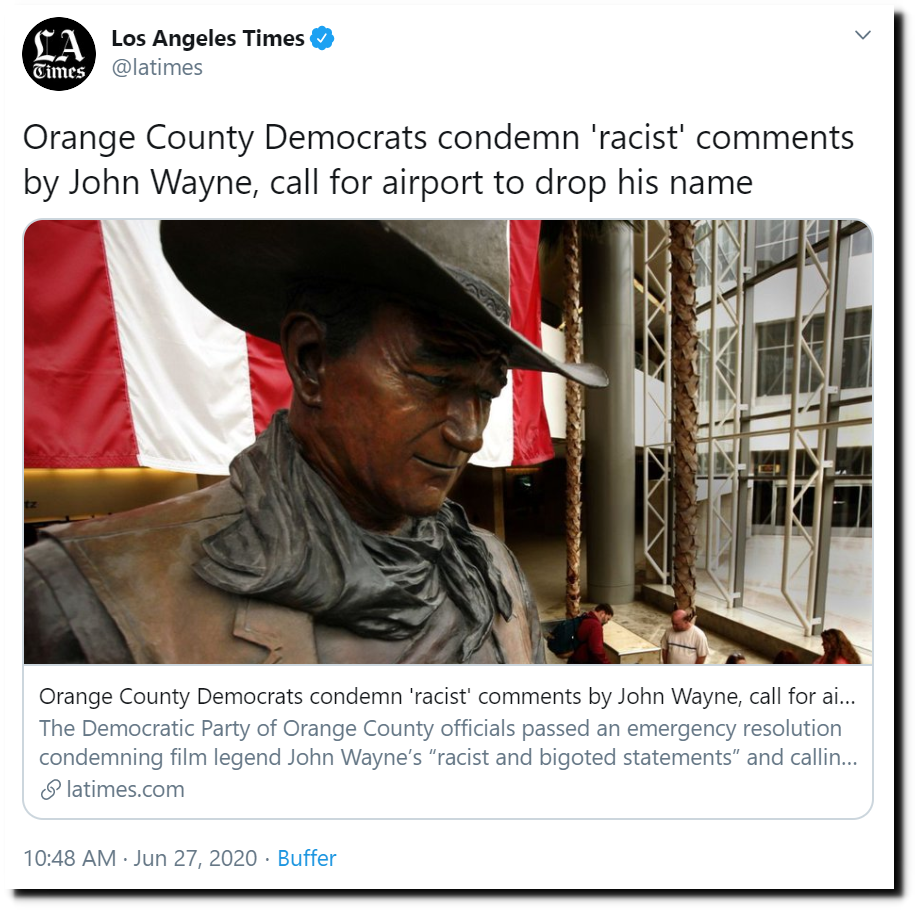 Those would be the same Democrats who were formed to defend slavery, and were closely aligned with the Ku Klux Klan.

“There may not be enough kluxers in the convention to nominate McAdoo, but there are probably enough to beat any anti-klan candidate” 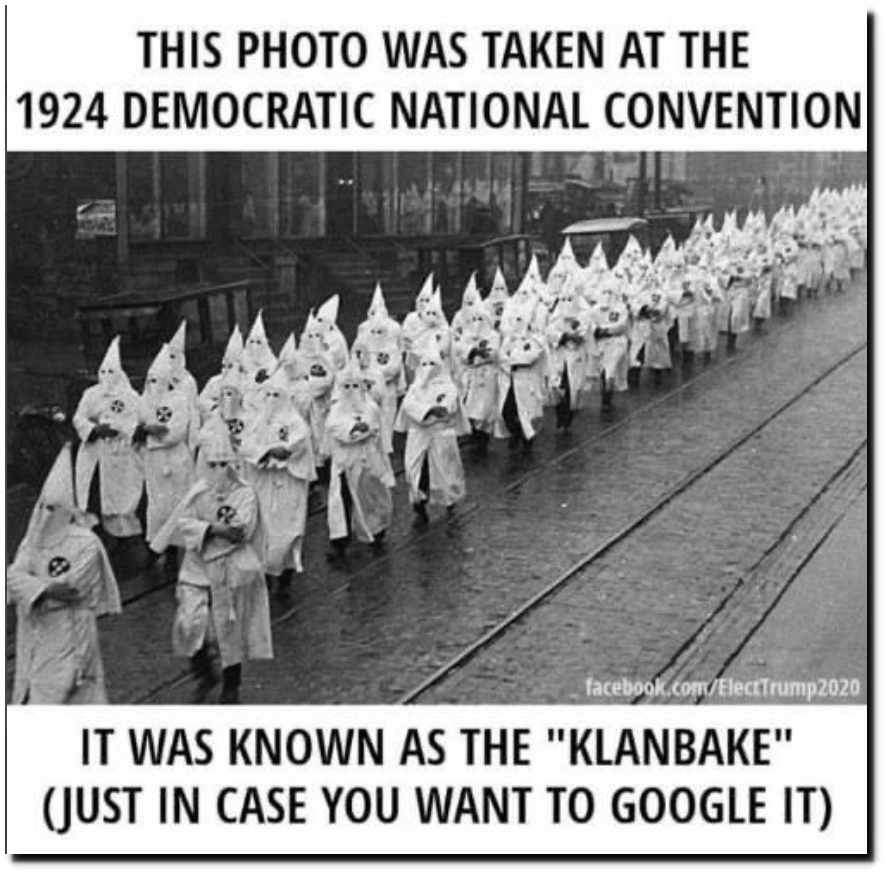 It is long past time for The Democratic Party to condemn themselves and disband.