What follows is the data from the Tanzanian Island of Zanzibar in the Indian Ocean. 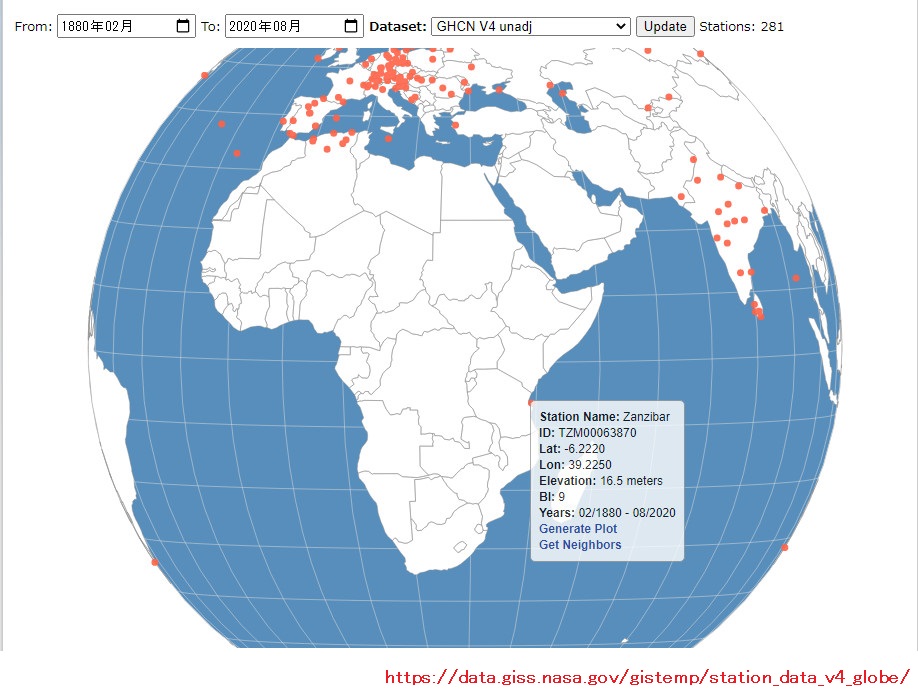 NASA’s website tells us that the GHCN V3 Unadjusted data gives the mean annual temperature up to 2007, despite the V3 dataset being updated up to July 2019, and the trend is a cooling. 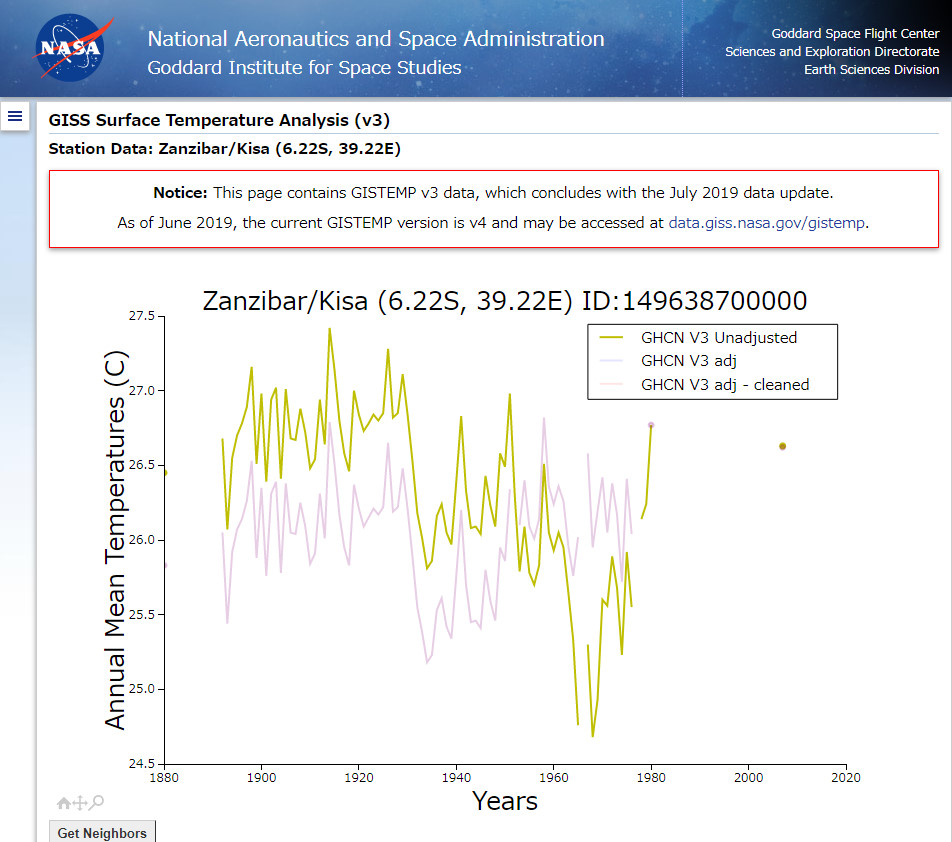 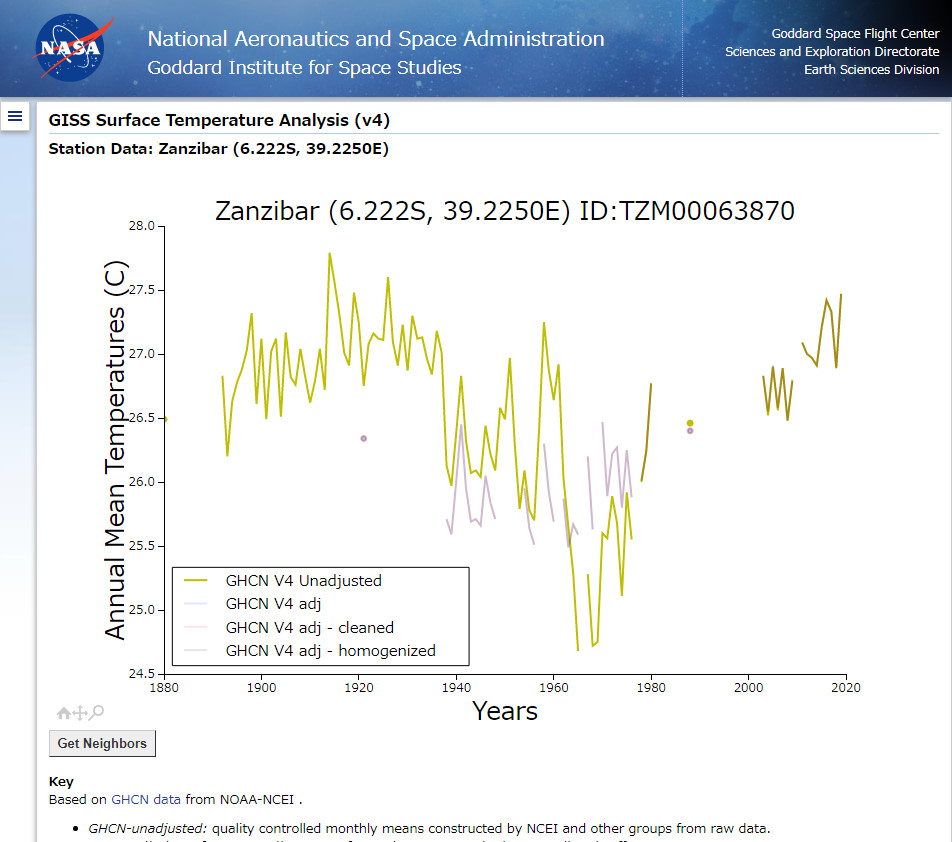 What is worse, the GHCN V4 Unadjusted data show Zanzibar has seen a cooling trend since 1880, but the GHCN V4 adj – homogenized show that the island has had a warming trend.

I wonder just how much NASA likes data alteration? 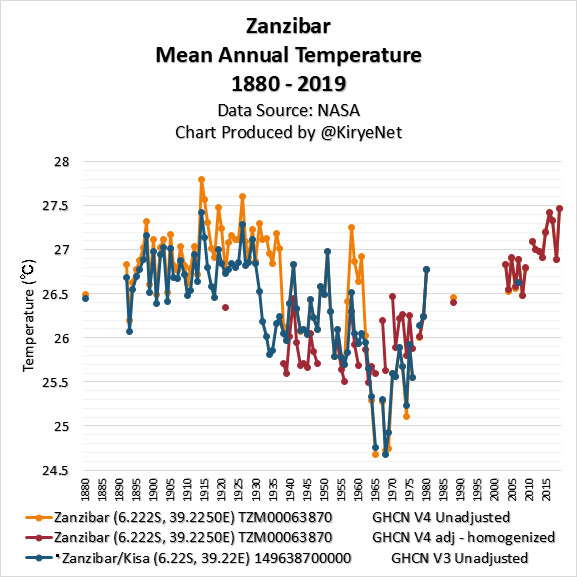 8 Responses to GHCN Unadjusted Data Show Zanzibar Has Seen A Cooling Trend Since 1880!