The forecast maximum temperature for Cheyenne, Wyoming (where I live) this Sunday is 11F. 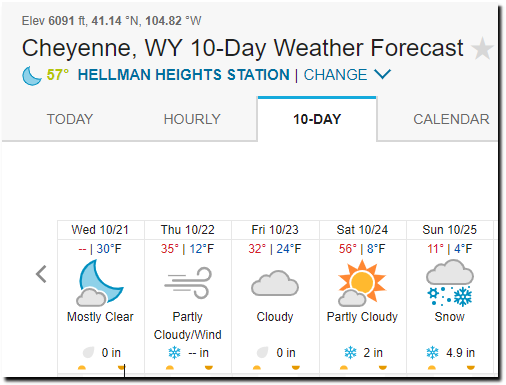 Last month Cheyenne broke the record for a one day drop in maximum temperature when temperatures dropped from 86F to 32F between September 7 and September 8. 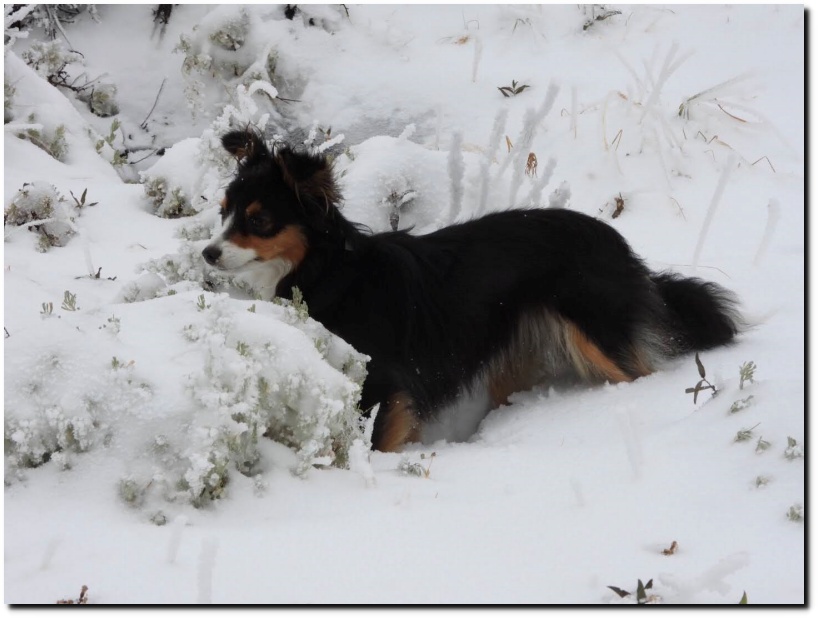 Last year I was living in Boulder, Colorado, when they tied their record for coldest October afternoon on October 29. The high temperature that day was 21F, which tied the record set on October 31, 2002. We were trick or treating that night and I remember it well.

And on the first day of summer last year, the mountains west of Boulder looked like this.