CNN says Colorado is having record forest fires with “unheard of fire growth.” 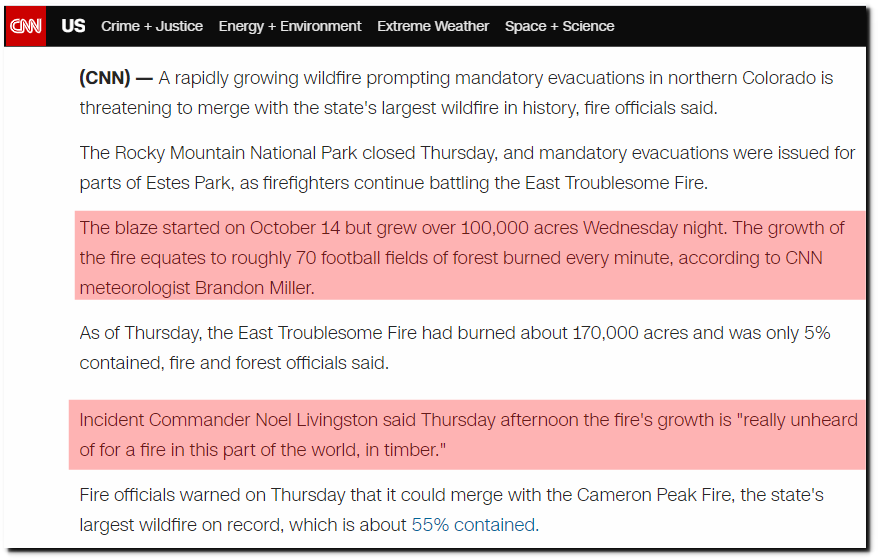 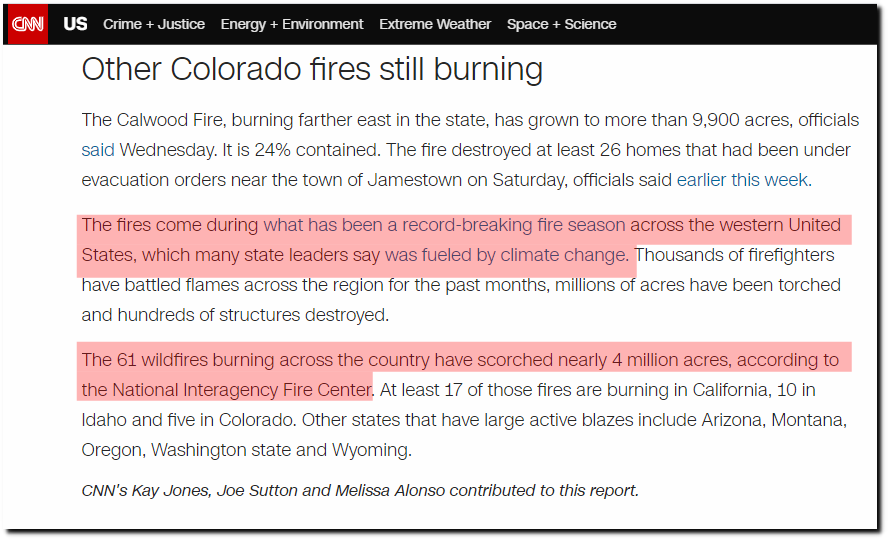 Here are the Colorado fires, which are about to be extinguished by a foot of snow this weekend. 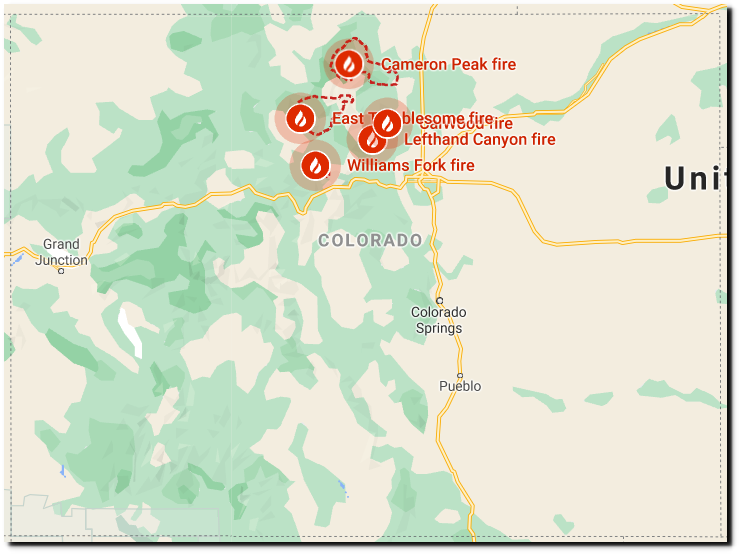 Compare to the 1898 fires, which covered “most of the northwestern part of the state.” 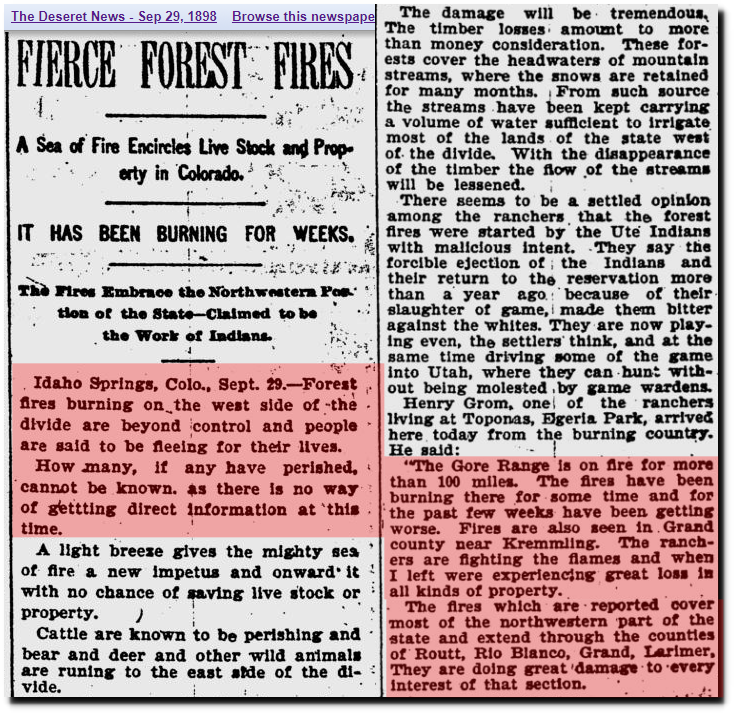 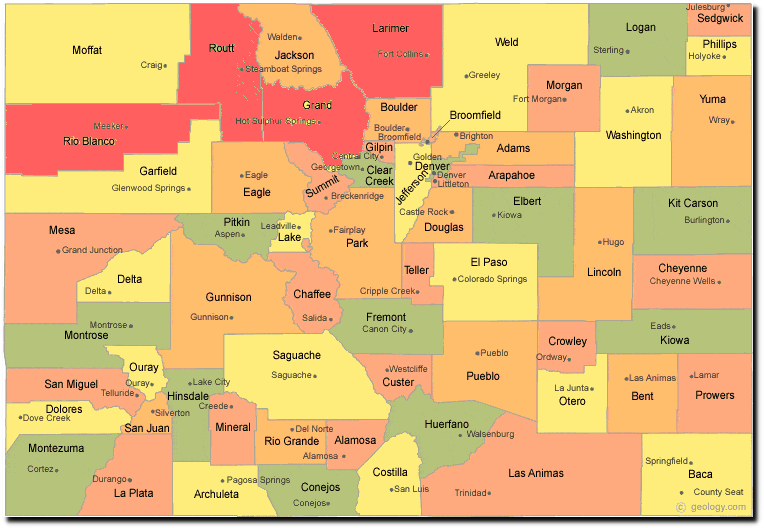 Total burn acreage in the US this year is not much different from other recent years, and much lower than prior to 50 years ago. 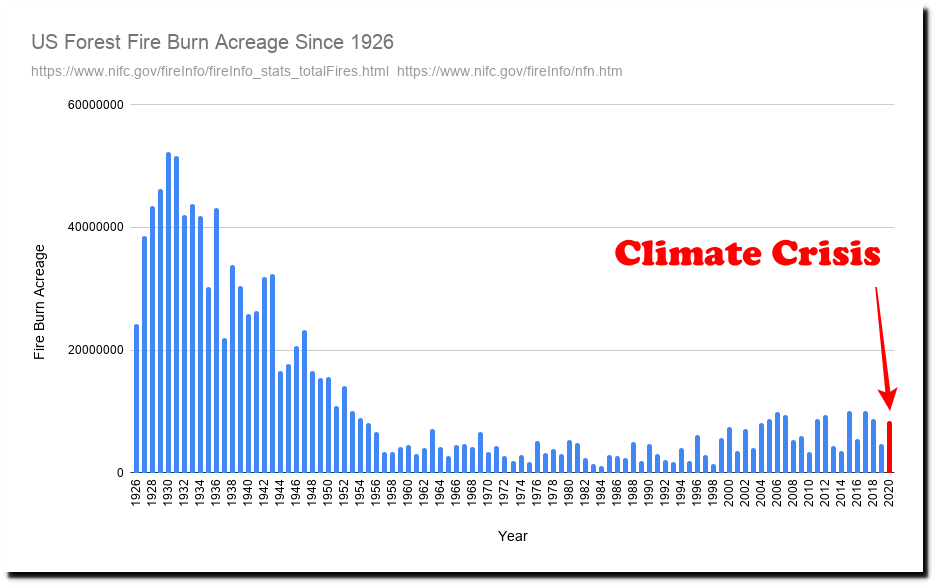 Burn acreage this year is less than 10% of the preindustrial average for the conterminous US.

The 1910 fire burned three million acres, most of which occurred in six hours. The burn rate from that fire was an order of magnitude larger and flames were hundreds of feet high. 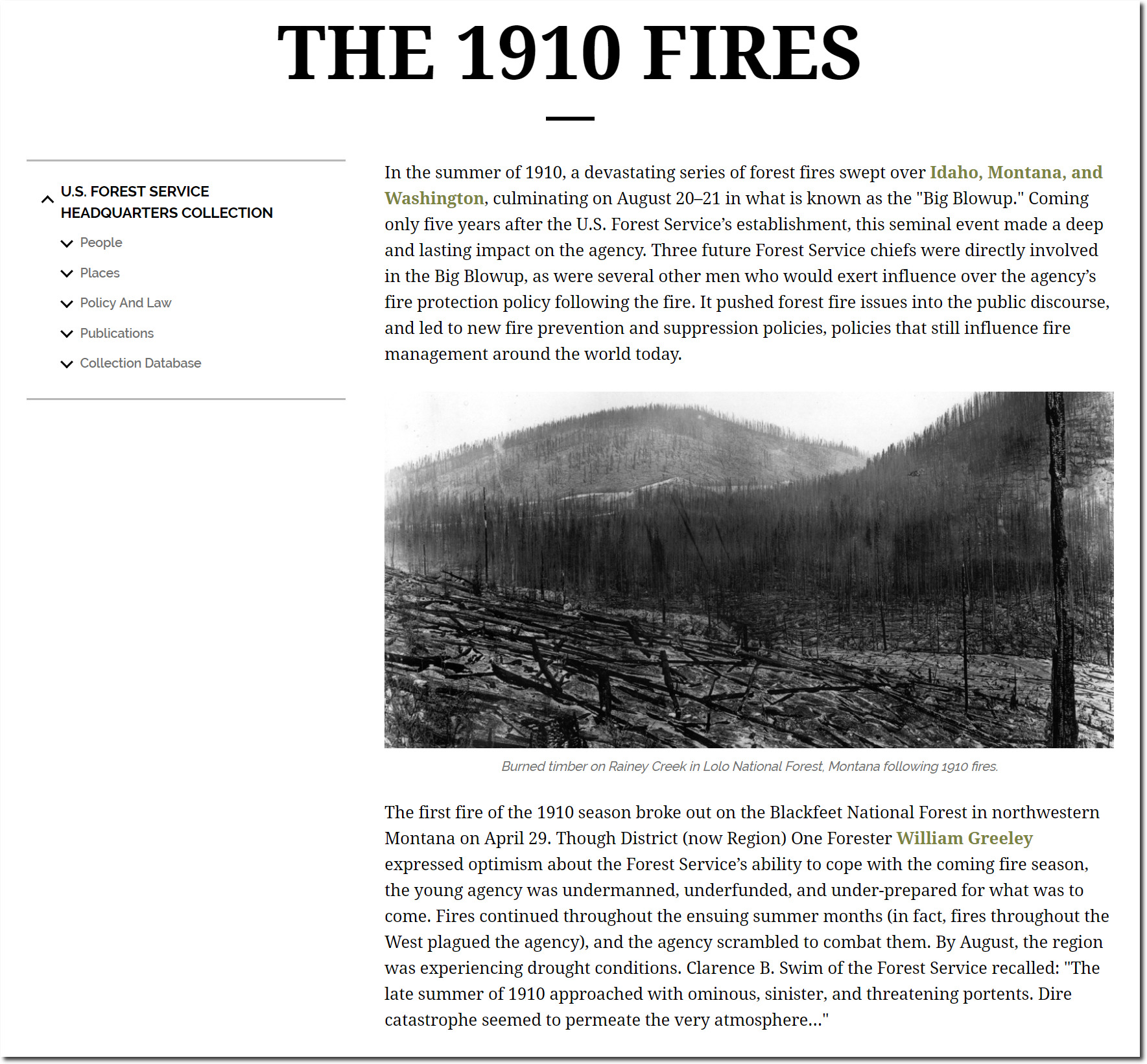 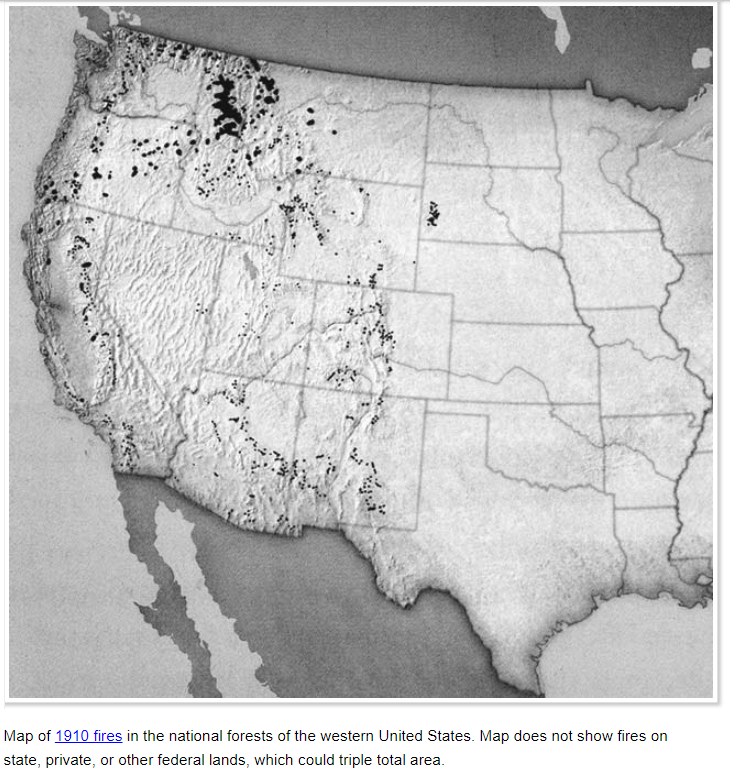 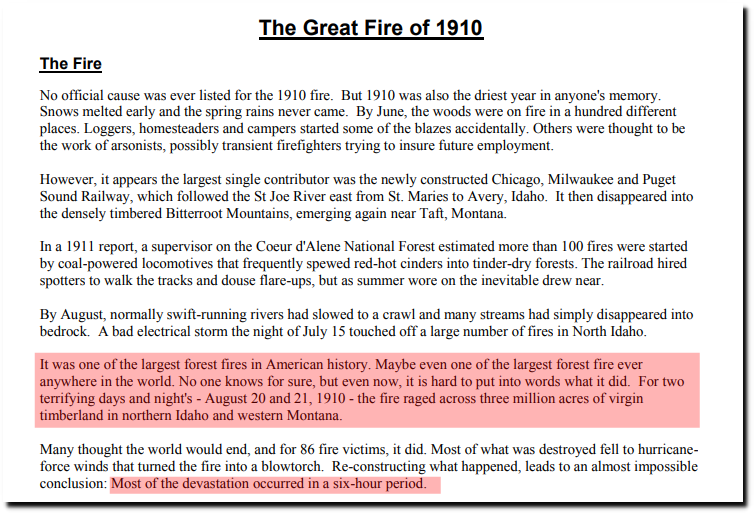 The Lodgepole Pine forest which is burning has not burned for decades, and there is a huge fuel load on the ground.  I took this picture two days ago in the Medicine Bow National Forest. 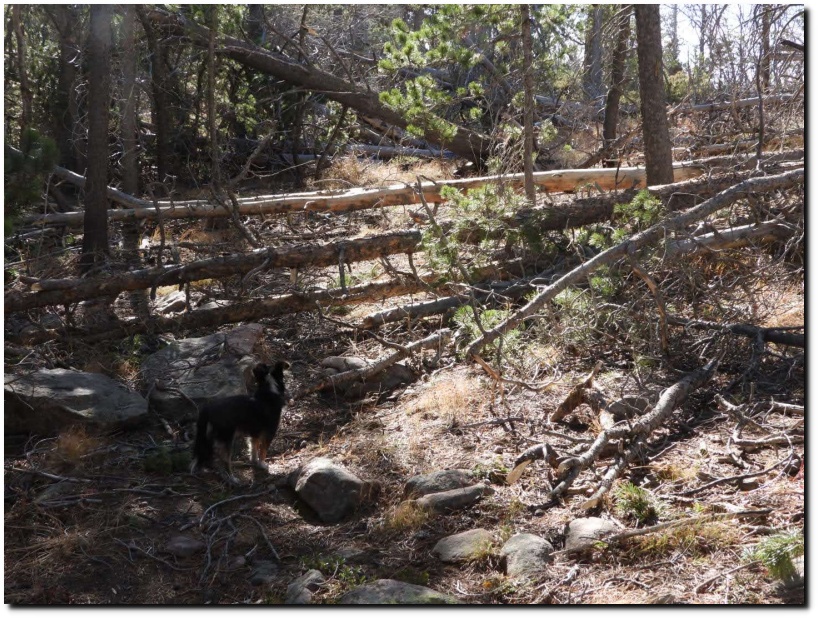 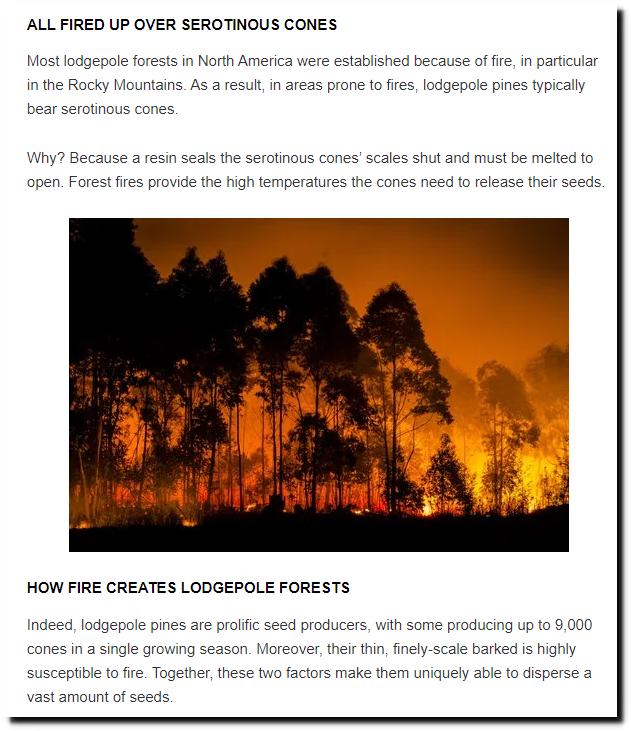 Massive fires are the normal ecosystem of Colorado and the western US. Clueless and dishonest journalists are also normal.

14 Responses to “Unheard Of” Fire Propaganda