James Holmes was studying drug induced alternate reality at the University of Colorado when he shot up a movie theater in Aurora, Colorado on July 20, 2012. He believed he was “The Joker”  from Batman, and his research was financed by Dr. Fauci’s National Institute of Health.

WNEW News reports that Holmes was awarded a prestigious grant from the National Institutes of Health in Bethesda, Md. NIH is part of the U.S. Department of Health and Human Services. It gave the graduate student a $26,000 stipend and paid his tuition for the highly competitive neuroscience program at the University of Colorado in Denver. Holmes was one of six neuroscience students at the school to get the grant money. 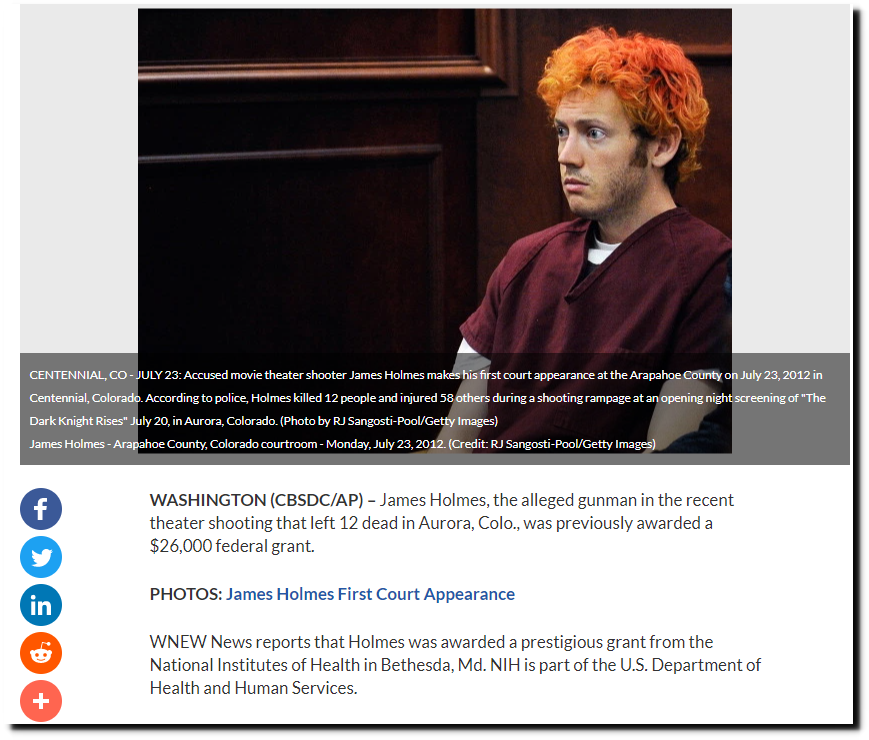 He told people that he was programmed to kill by a therapist. 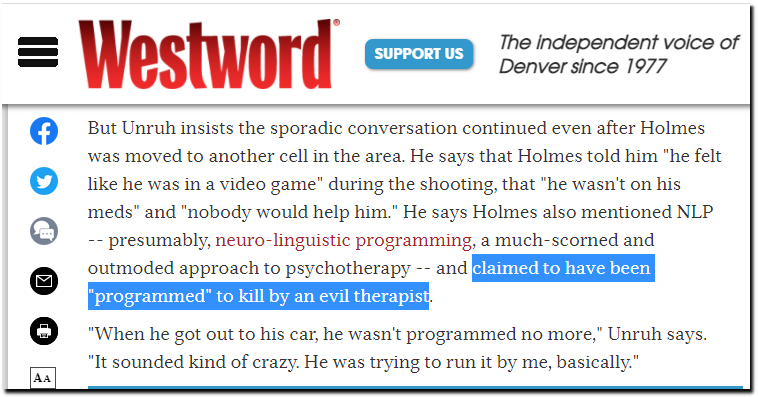