Racists And Sexists Running The Country

Kamala Harris received less than 1,000 votes in the Democratic Primaries last year, and is now running the country.

Her niece says white men are the greatest threat to our country. This was completely ignored by the press, but had she the word “black” instead of “white” it would have been considered a hate crime. 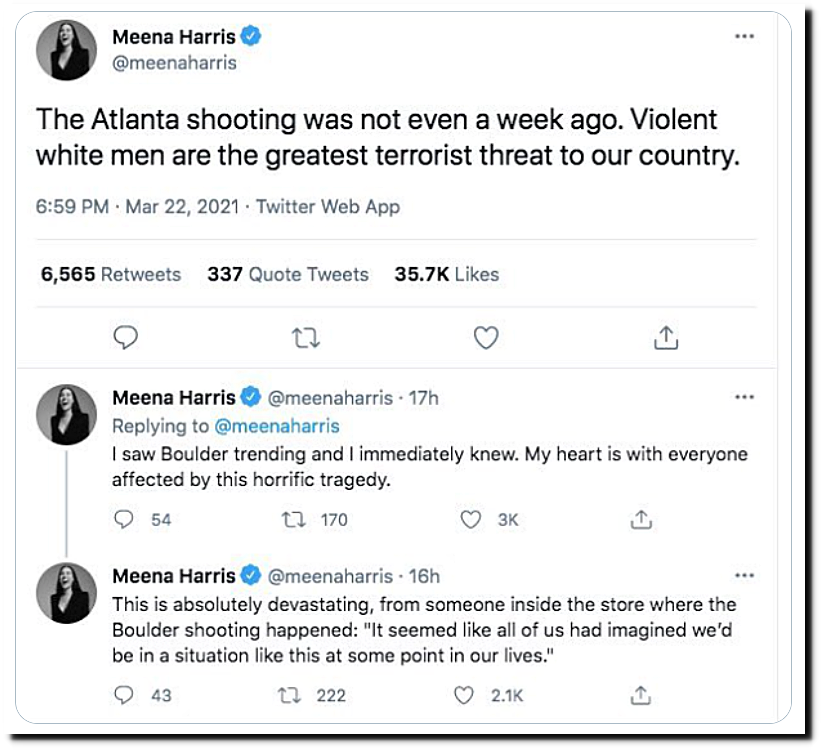 When she found out that the Boulder shooter was Syrian, she again attacked white men.

Besides her racism and sexism, she is also a liar. According to the New York Times, black men are six times as likely to commit mass murder as white men.

at least 358 armed encounters nationwide last year — nearly one a day, on average — in which four or more people were killed or wounded, including attackers. The toll: 462 dead and 1,330 injured, sometimes for life, typically in bursts of gunfire lasting but seconds.

nearly three-fourths of victims and suspected assailants whose race could be identified were black. Some experts suggest that helps explain why the drumbeat of dead and wounded does not inspire more outrage.

“Clearly, if it’s black-on-black, we don’t get the same attention because most people don’t identify with that. Most Americans are white,” said James Alan Fox, a professor of criminology at Northeastern University in Boston. “People think, ‘That’s not my world. That’s not going to happen to me.’ ”

Black Victims, Black Shooters Though the rate of gun homicides plummeted for seven years after its 1993 peak, blacks are still six times as likely as whites to be both victims and offenders.

A Drumbeat of Multiple Shootings, but America Isn’t Listening – The New York Times

Last year Democrats spent the year burning cities down over the death of a black man in a Democrat run city, while nearly ten black people per day were being shot by gangs in another Democrat run city – Chicago. 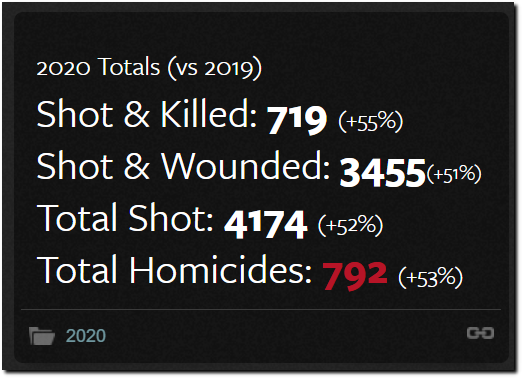 18 Responses to Racists And Sexists Running The Country