“Climate Change is real. California Republicans believe it and are working to address it.”

A few months later, California was deal with historic flooding.

There has been no trend in California precipitation over the last 125 years. 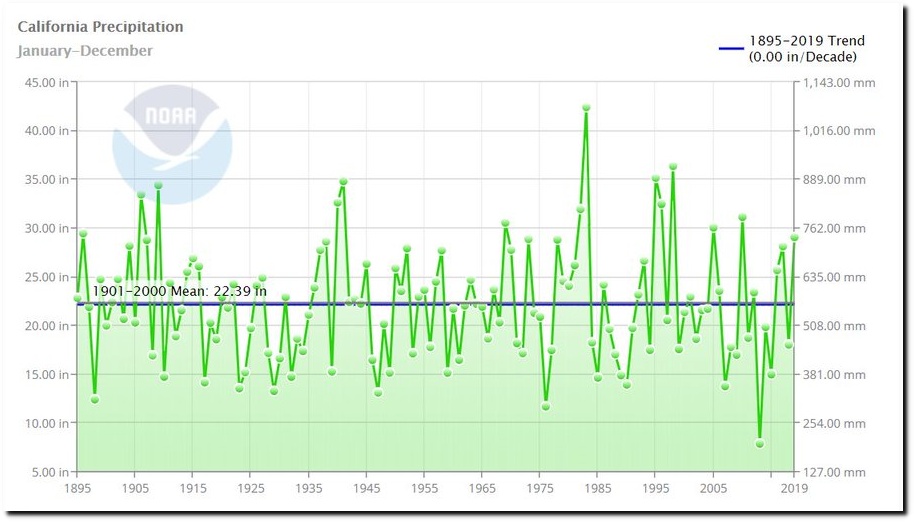 Long term, droughts have become much less common and severe. Sixty years ago, the Squaw Valley Winter Olympics almost had to be cancelled because of a lack of snow.

And in 1932, the Lake Placid Winter Olympics almost had to be cancelled because of a lack of snow.

But no shortage of snow now – we are expecting another couple of feet here in Cheyenne, Wyoming this week. 6 Responses to The Permanent California Drought