According to NOAA, the area of the US experiencing extreme maximum summer temperatures has greatly increased over the past fifty years. 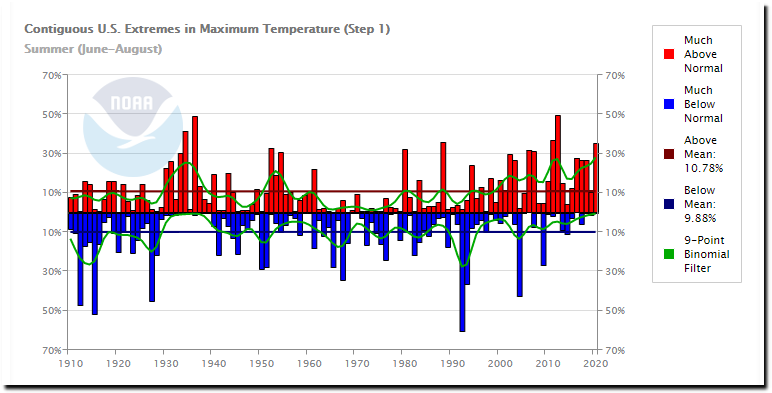 According to NOAA, the past decade has been  the hottest on record. Their own data shows the exact opposite. The National Climate Assessment also shows the exact opposite.

The 1930s were much hotter than recent years. There is no comparison.