Declining October Temperatures In The US

US October afternoon temperatures steadily increased until the record warm year of 1963, but have since been much lower. The decline on October temperatures has led to record high snow cover levels in North America. 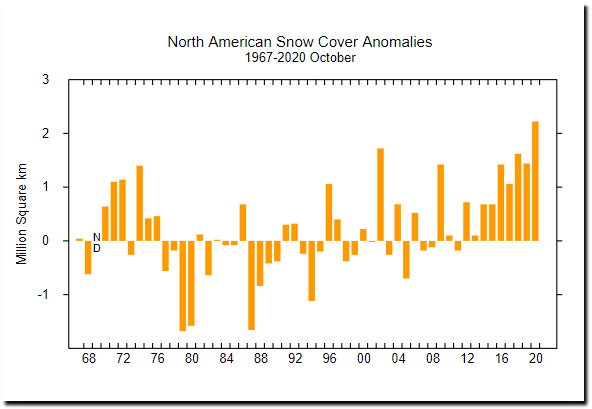 NOAA has made the decline in October temperatures disappear by tampering with the data. 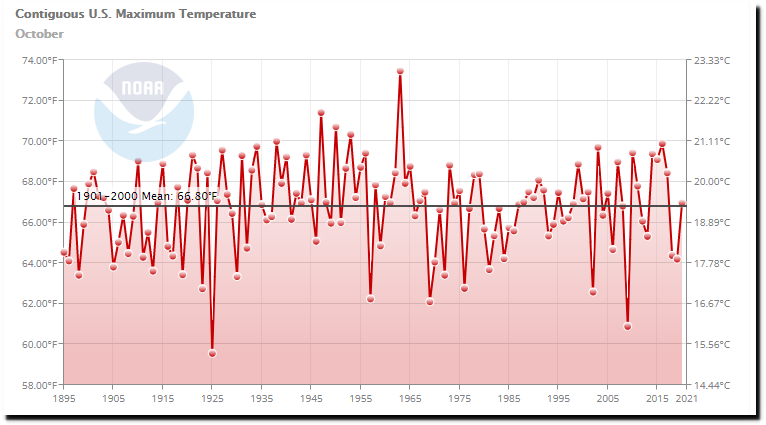 10 Responses to Declining October Temperatures In The US