Economics By “The Economist “ 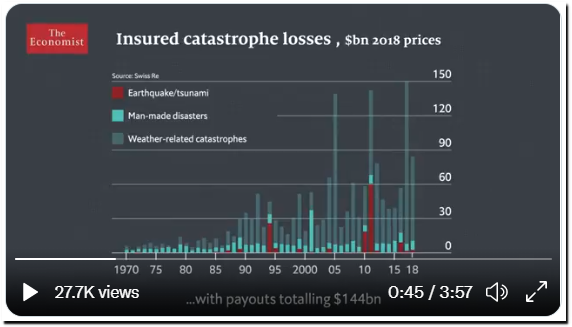 The Economist says there were almost no losses from natural disasters in 1974, when Darwin, Australia was destroyed by Cyclone Tracy and the worst tornado outbreak in US history occurred.

“During the summer between 1974 and 1975, Australia experienced its worst bushfire season in 30 years. About 15 per cent of Australia’s physical land mass sustained extensive fire damage.” 5 Responses to Economics By “The Economist “