Travelling To The Most Vaccinated Country In The World

The CDC says to avoid travel to the most vaccinated country in the world, and if you do go there get vaccinated first (in order to avoid being infected by other vaccinated people.) 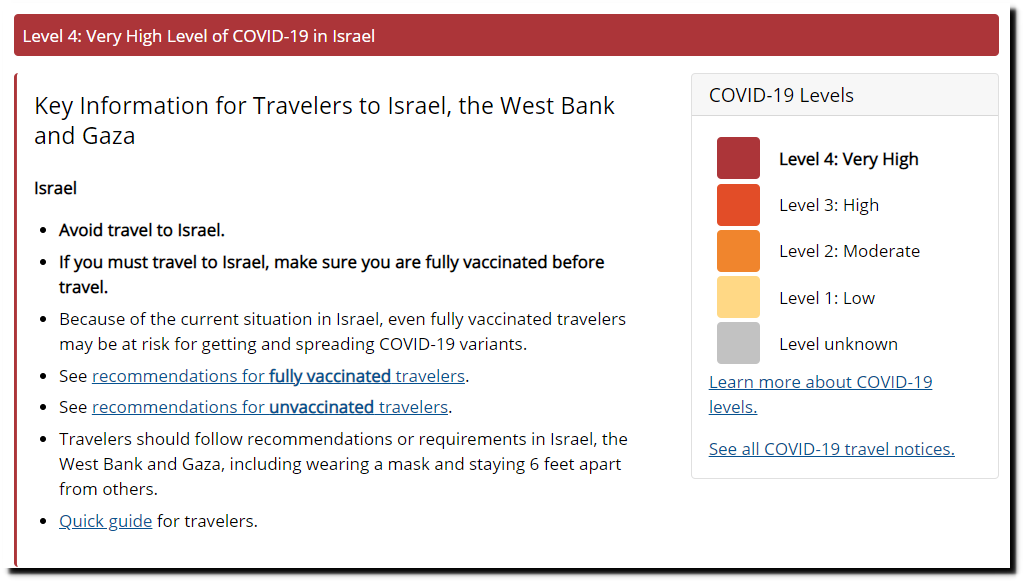