“The Arctic Ocean has been warming since the onset of the 20th century, decades earlier than instrument observations would suggest, according to new research.

the findings were worrisome because the early warming suggests there might be a flaw in the models scientists use to predict how the climate will change.” 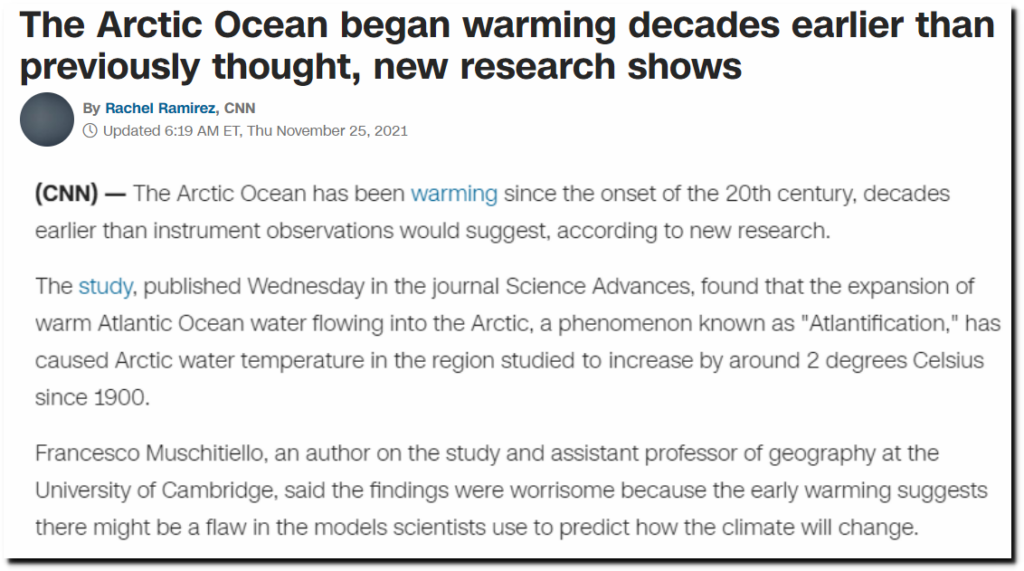 This has been known for at least a century.

Reports from fishermen, seal hunters, and explorers who sail the seas about Spitsbergen and the eastern Arctic, all point to a radical change in climatic conditions, and hitherto unheard-of high temperatures in that part of the earth’s surface.

Many old landmarks are so changed as to be unrecognizable. Where formerly great masses of ice were found, there are now often moraines, accumulations of earth and stones. At many points where glaciers formerly extended far into the sea they have entirely disappeared.

formerly the waters about Spitsbergen held an even summer temperature of about 3° Celsius; this year recorded temperatures up to 15°, and last winter the ocean did not freeze over even on the north coast of Spitsbergen.