The Science Is Settled – But Send Us More Money

Seeking Certainty on Climate Change: How Much Is Enough? – Scientific American

“It is true that the scientific basis of global long-term trends is settled. We know that sea levels are rising, average temperatures are increasing, and glaciers are dying. We know that business as usual will put our and future generations at risk of great suffering.” 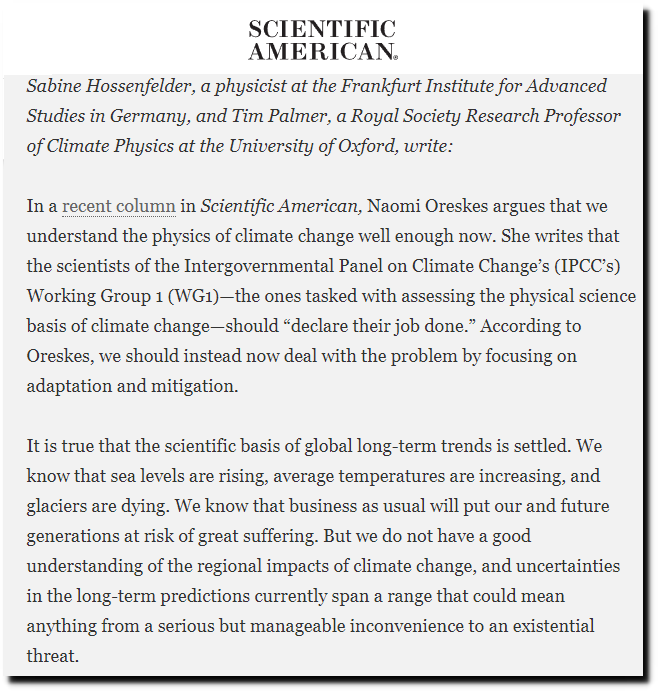 Seeking Certainty on Climate Change: How Much Is Enough? – Scientific American