“In recent years warmer weather triggered by climate change has allowed ships to cross parts of Russia’s northern sea route in November without the help of icebreakers.” 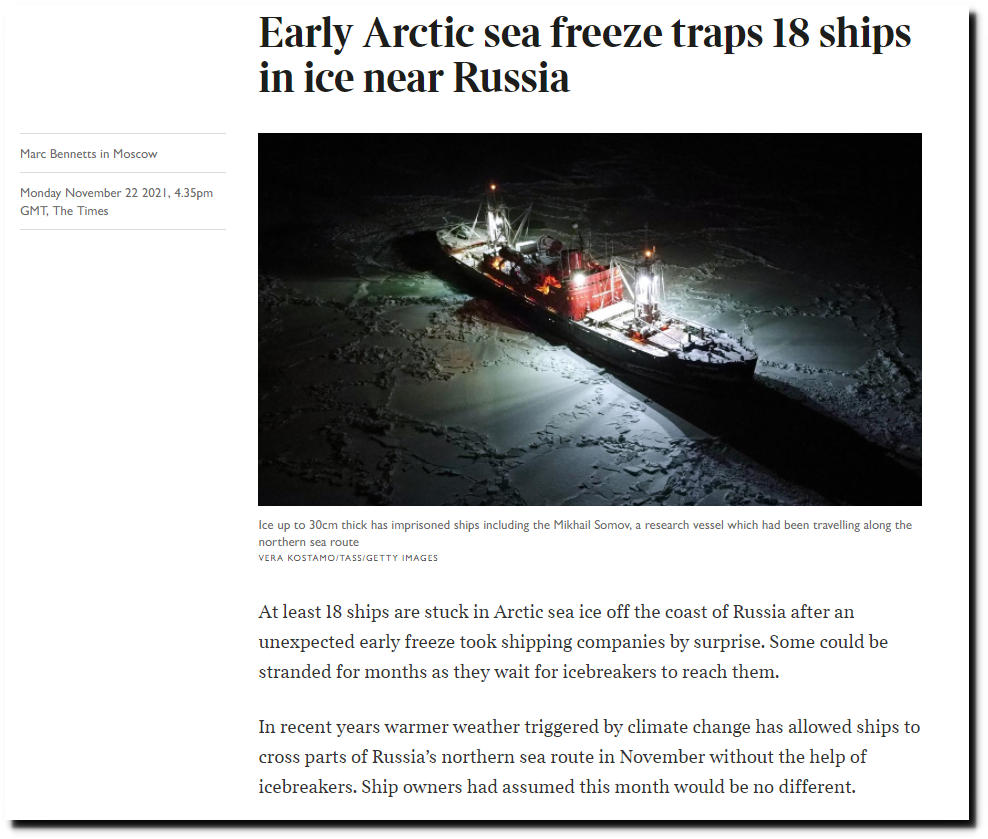 “Current sea ice extent in northern Alaska waters is the highest it’s been in November since 2001, according to the Sea Ice Index from the National Snow and Ice Data Center.” 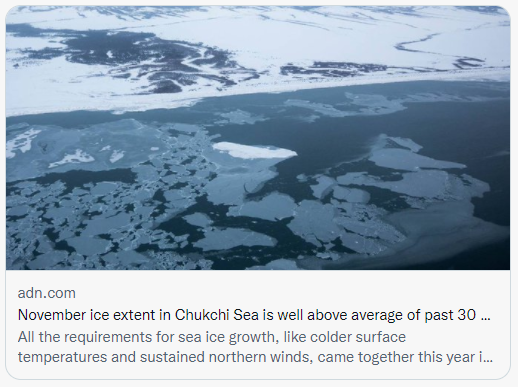 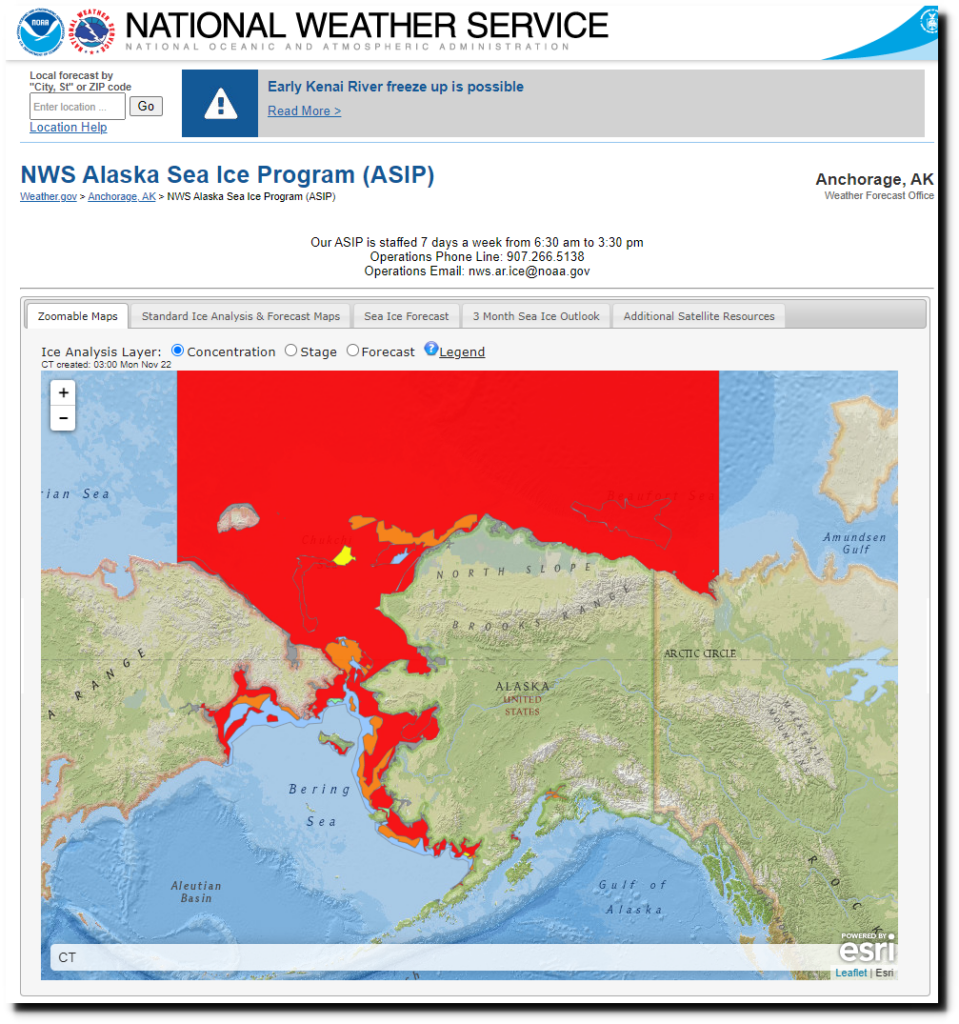 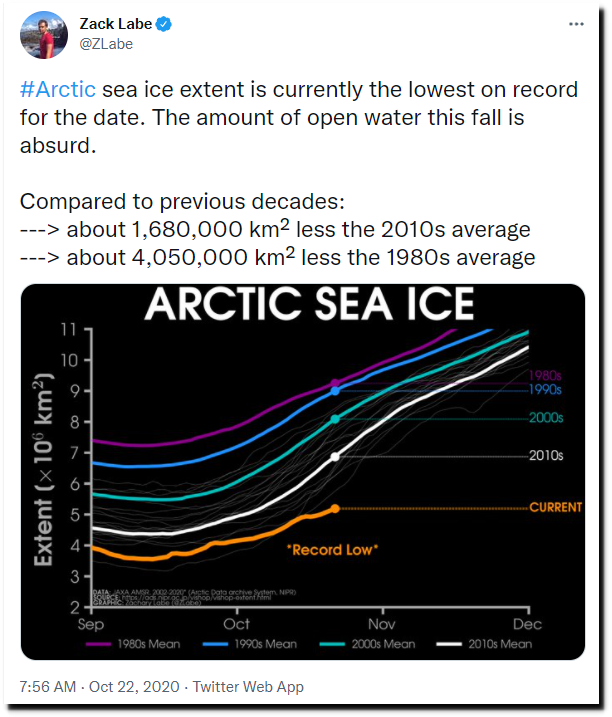 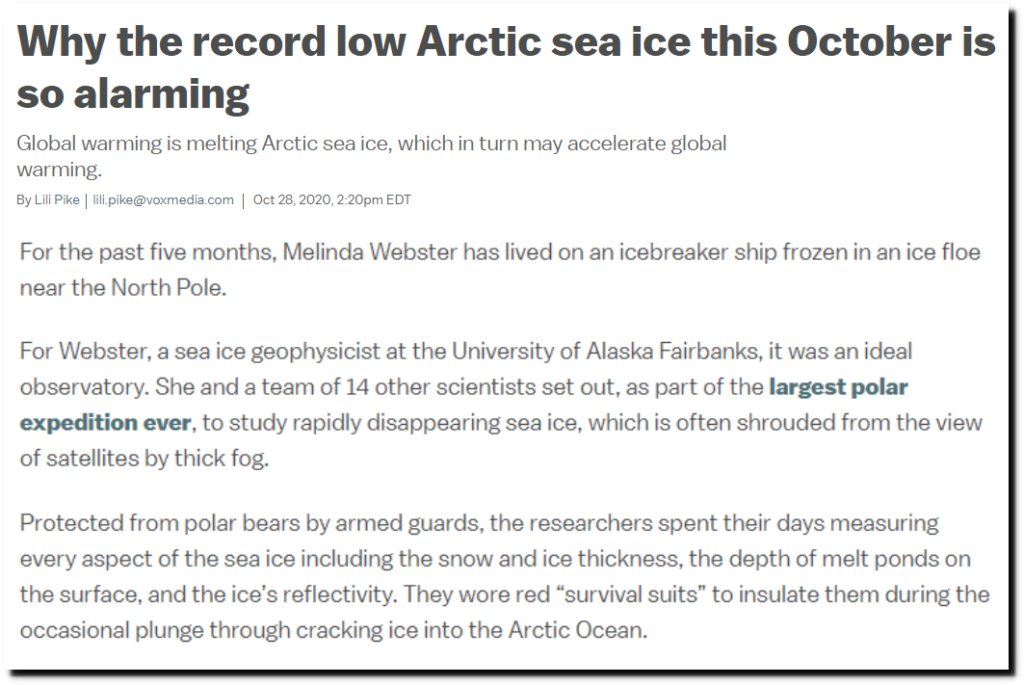