Scientific American says a rat at the northern tip of the Great Barrier Reef has gone extinct due to sea level rise. 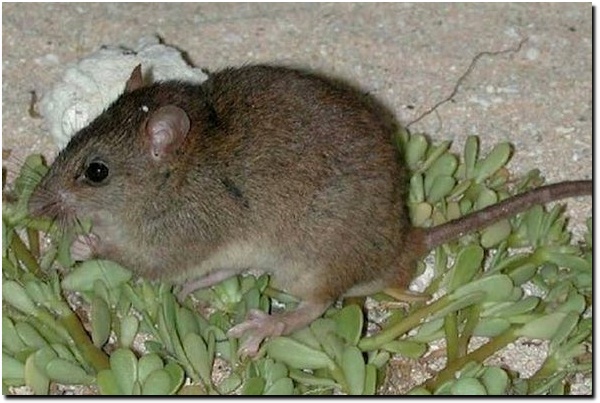 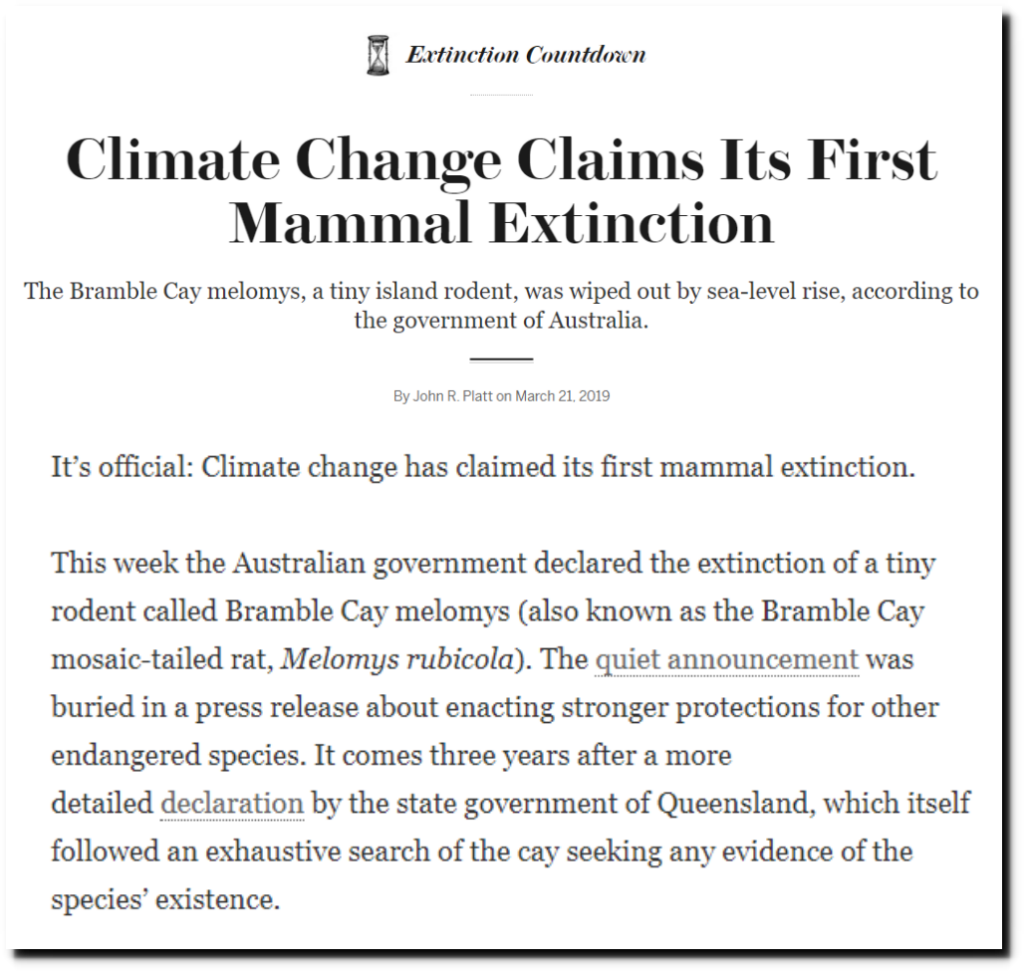 Sea level is falling there, not rising. 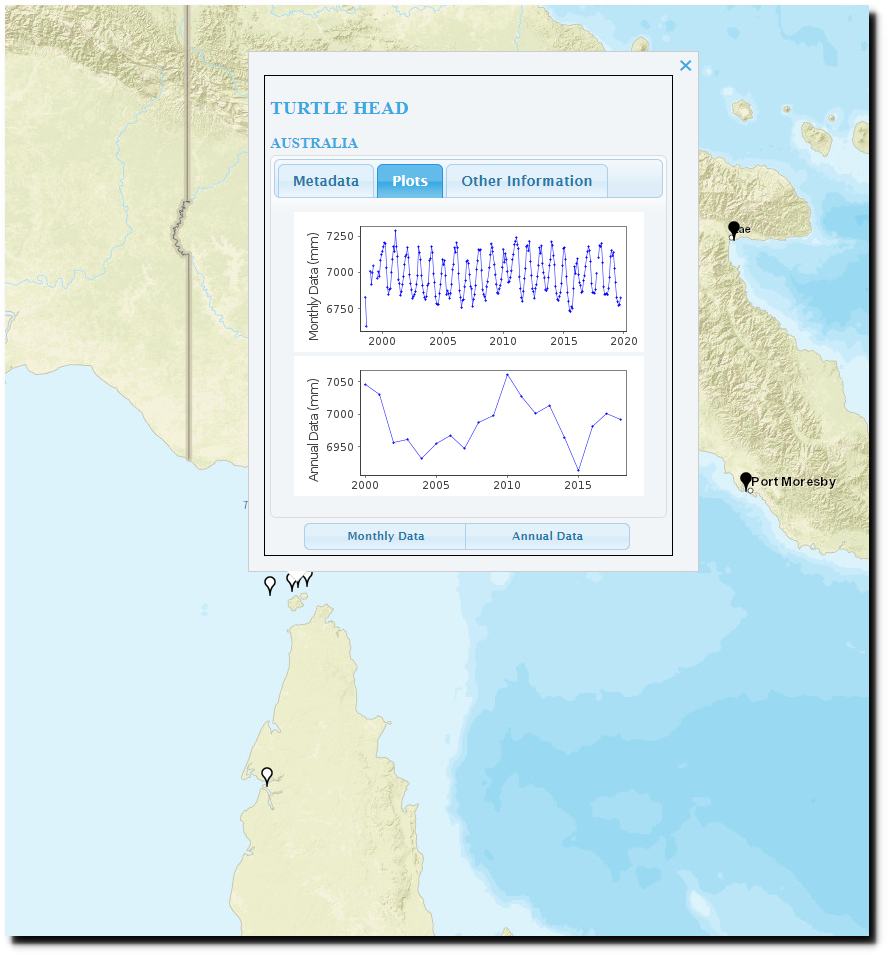 Later in the article they said that the extinction was due to storm surges.

That exact location is where the world record storm surge of 40 feet occurred in 1899. 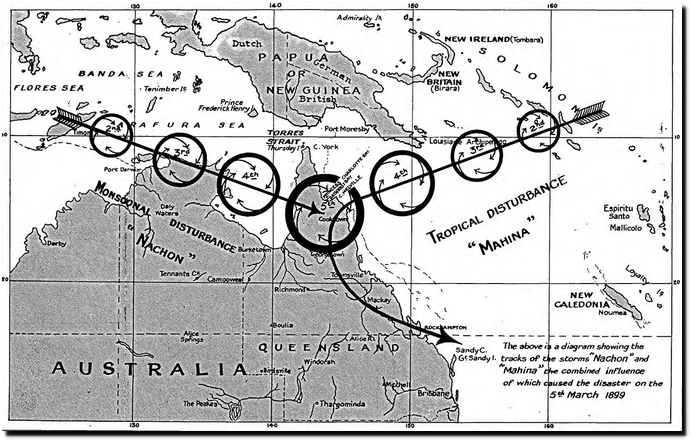 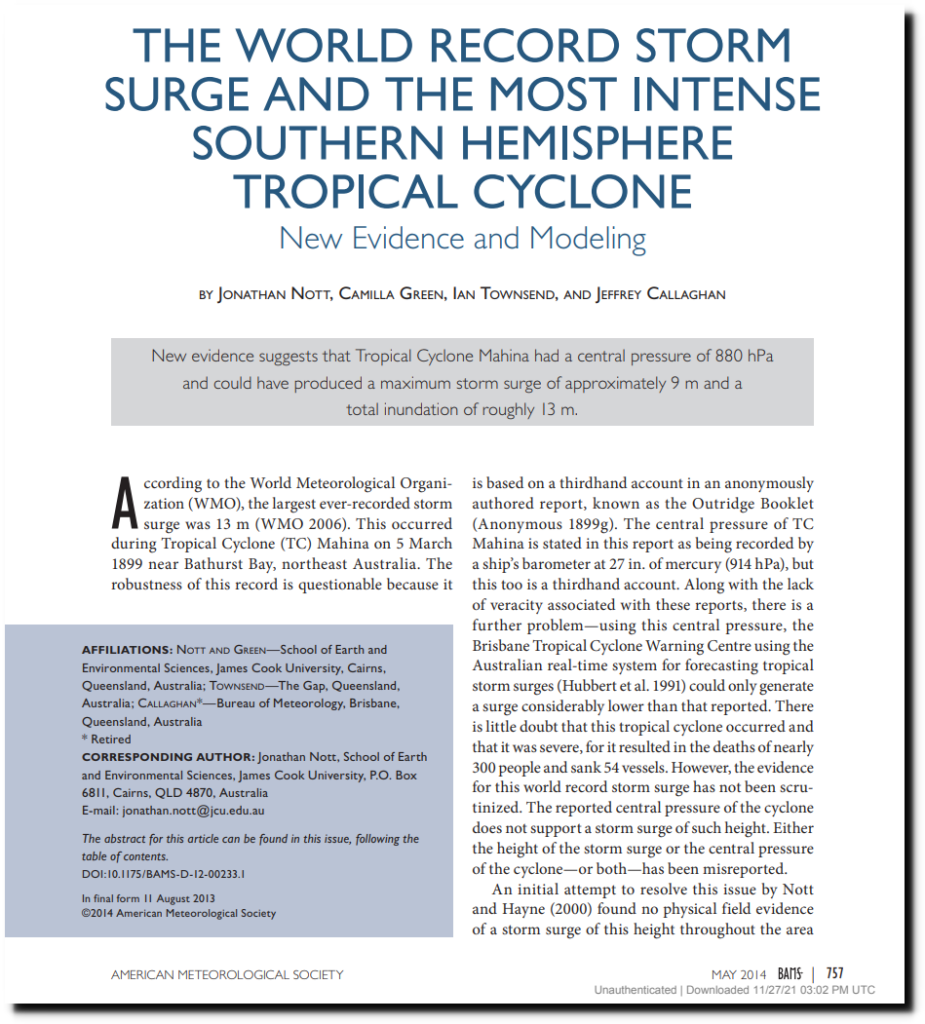 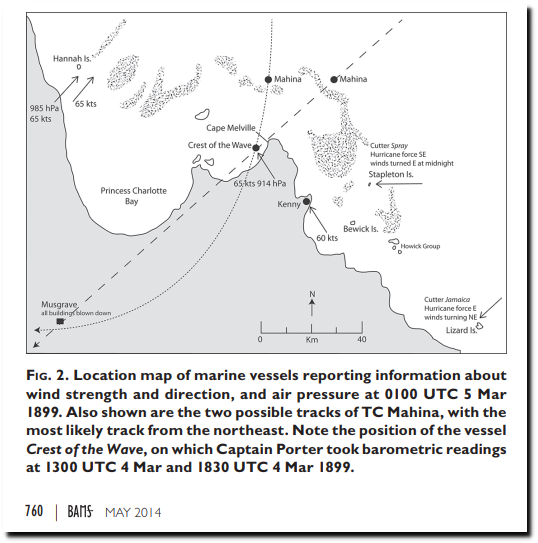