The Times of London reported on August 16, 1912 about devastating forest fires in Greece and a storm near Spain which killed 143 fishermen. They also reported on destructive forest fires in Greece in early July.

In October there were large fires burning in Northern Michigan and Massachusetts. 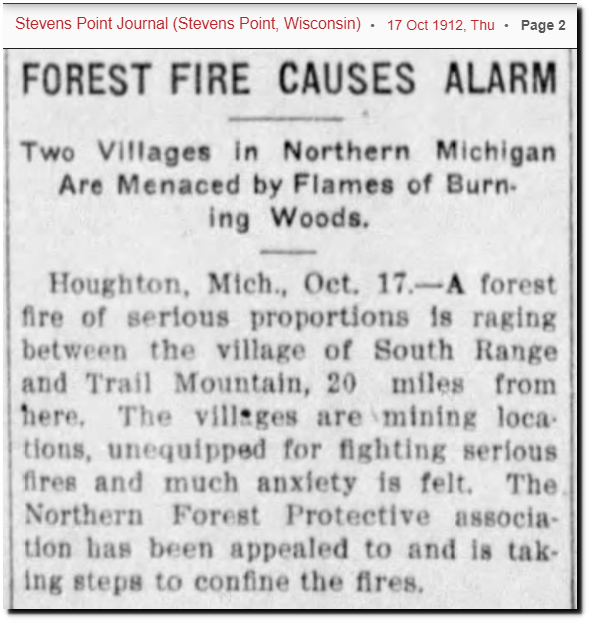 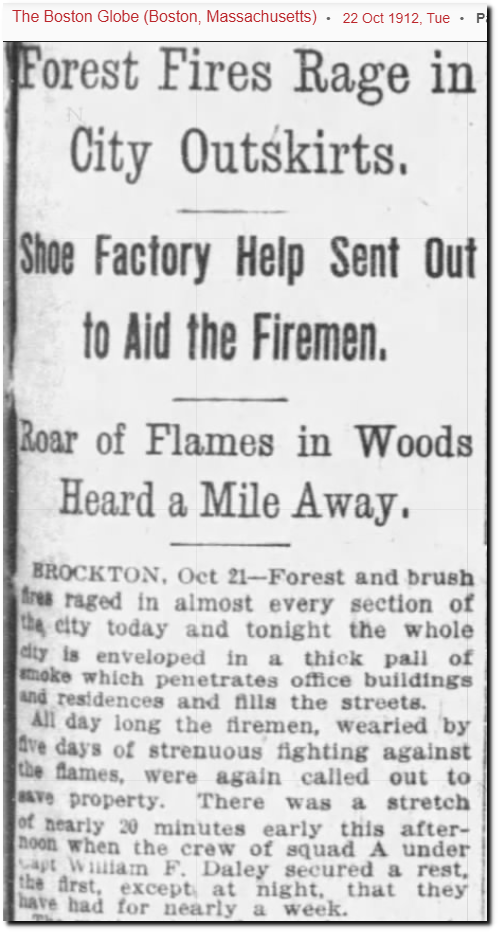 In December there were large fires in California. 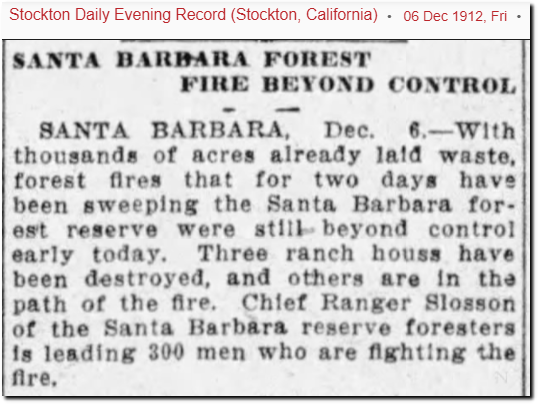