Germany is reopening coal fired power plants as part of their plan to be coal-free by 2030.

“Germany is resorting to desperate measures to keep the lights on and its massive industrial parks running, turning to dirty fuels even if that means a surge in carbon emissions. The nation has almost six gigawatts of facilities that are currently part of a national reserve, many of which were supposed to be closed down as part of the coal phase-out plan.

The decision comes even as Habeck’s Greens—part of Chancellor Olaf Scholz’s so-called traffic light coalition—want to bring forward to 2030. The coal-phase out was initially planned for eight years later.” 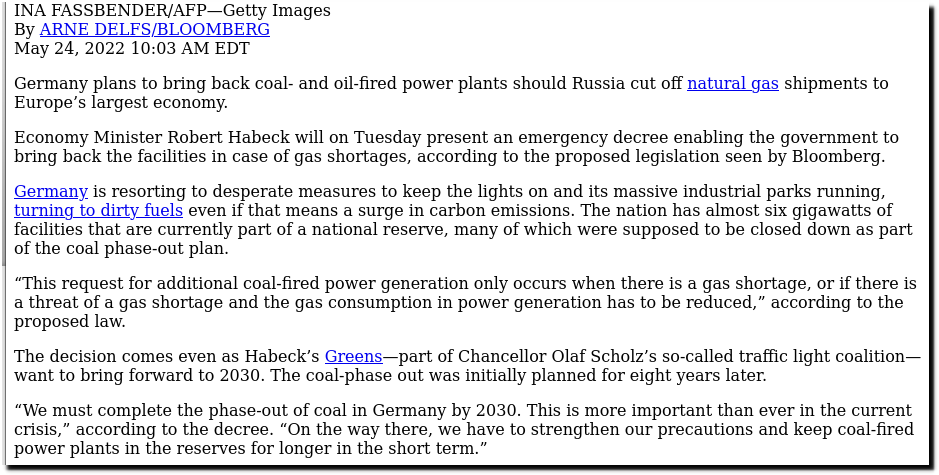