NOAA claims that sea ice is disappearing, the Greenland ice sheet is melting and this is causing sea level rise and extreme weather. 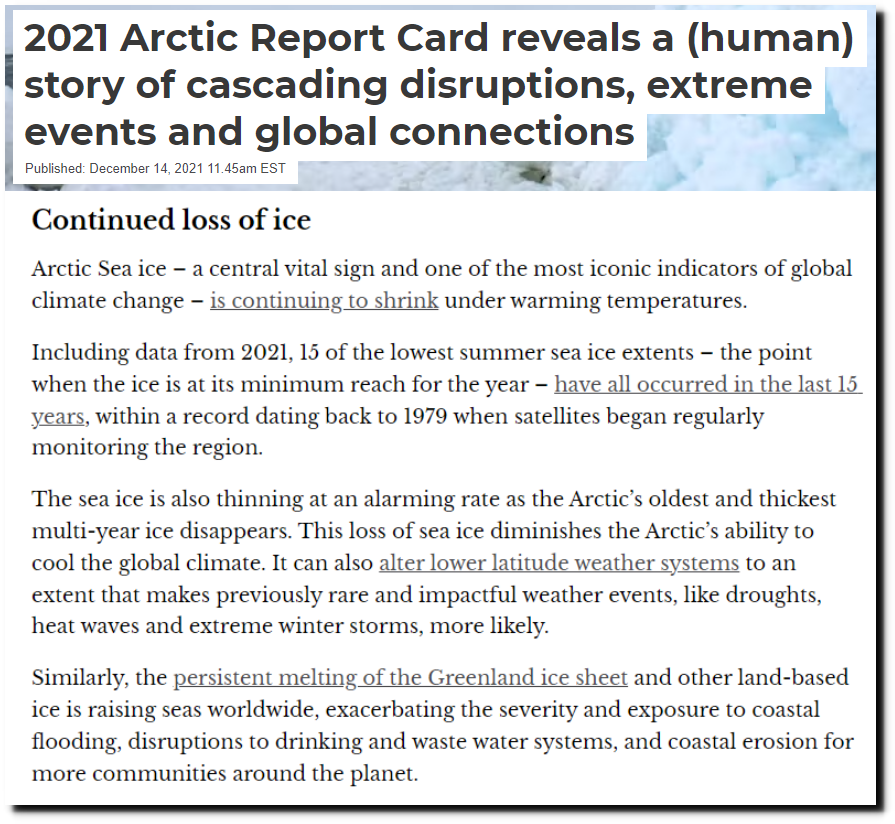 Melt during May has been second slowest on record. There has been no trend in Arctic sea ice extent over the past 15 years, since Nobel Laureate Al Gore predicted an ice free Arctic by 2014. The surface mass balance of Greenland has been above average over the past six years.

After 170 years of retreat, Greenland’s largest glacier is expanding. 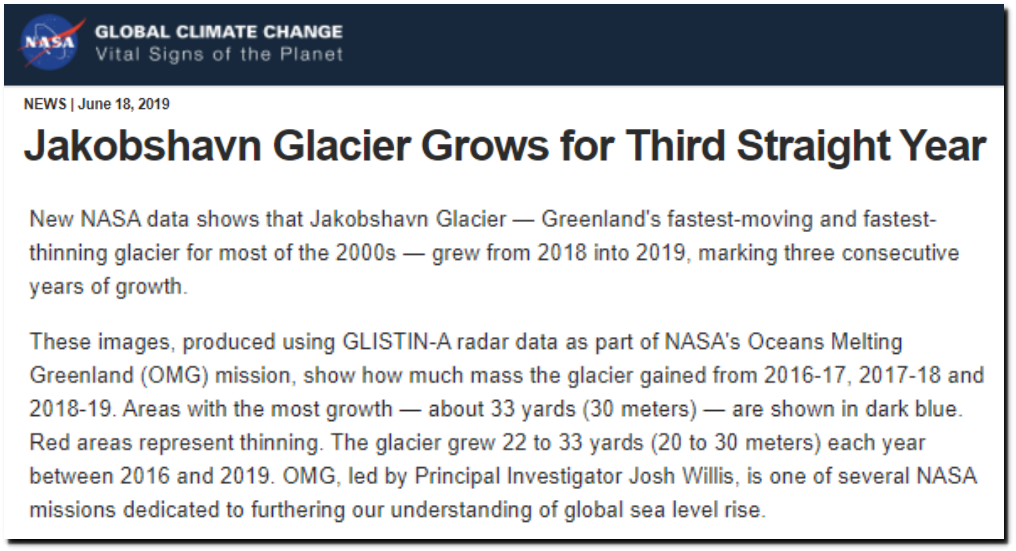 NASA claims that sea level is rising at “unprecedented rates” of 3.5 mm/year.

They have inflated that number since eight years ago when they said 3.17 mm/year. The NASA number is about double what NOAA has measured using tide gauges.

” the absolute global sea level rise is believed to be 1.7-1.8 millimeters/year”

NOAA shows that 89% of global tide gauges are below NASA’s claimed average. Sea level rise rates have not changed over the past century and are lower than all of NOAA’s scenarios. NASA has massively altered their sea level data over the past forty years. 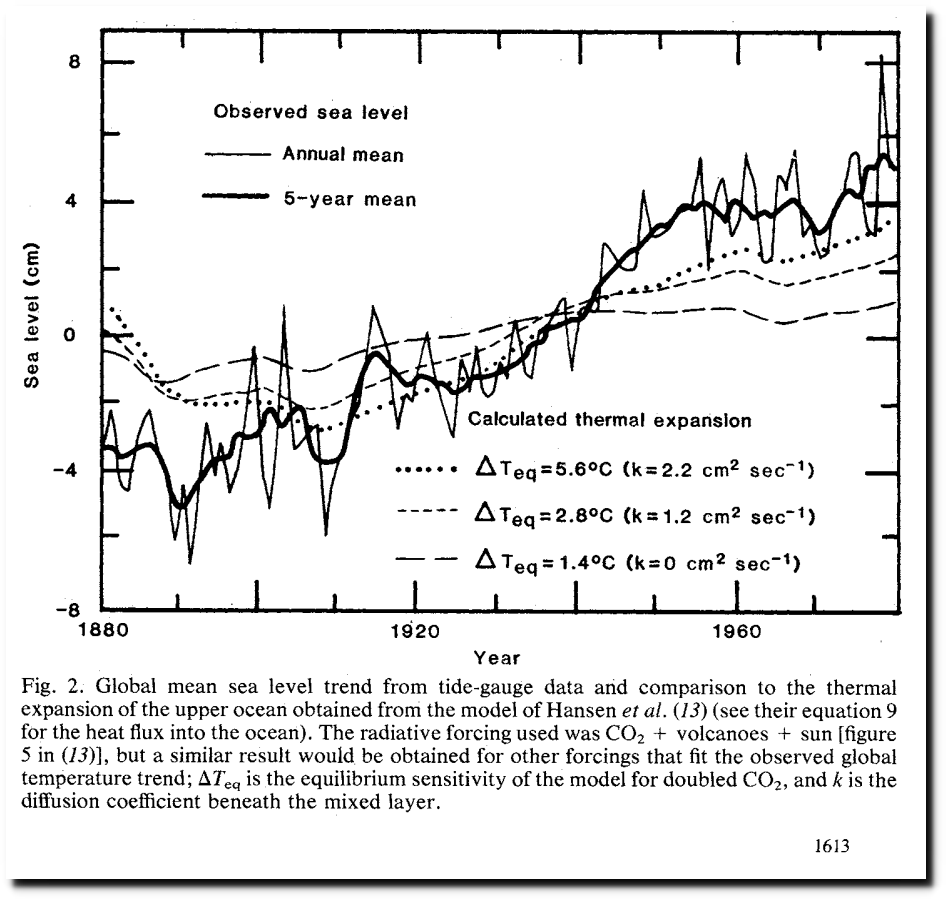 High tide sea level at La Jolla, California has not changed perceptibly over the past 150 years.

As is always the case with government agencies and the press, their climate claims have no basis in history, facts or science.