NOAA says the climate was very different the last time CO2 levels were this high, and this proves we need more windmills.

“The atmospheric burden of CO2 is now comparable to where it was during the Pliocene Climatic Optimum, between 4.1 and 4.5 million years ago, when CO2 was close to, or above 400 ppm. During that time, sea level was about 78 feet higher than today, the average temperature was 7 degrees Fahrenheit higher than in pre-industrial times, and studies indicate large forests occupied areas of the Arctic that are now tundra.” 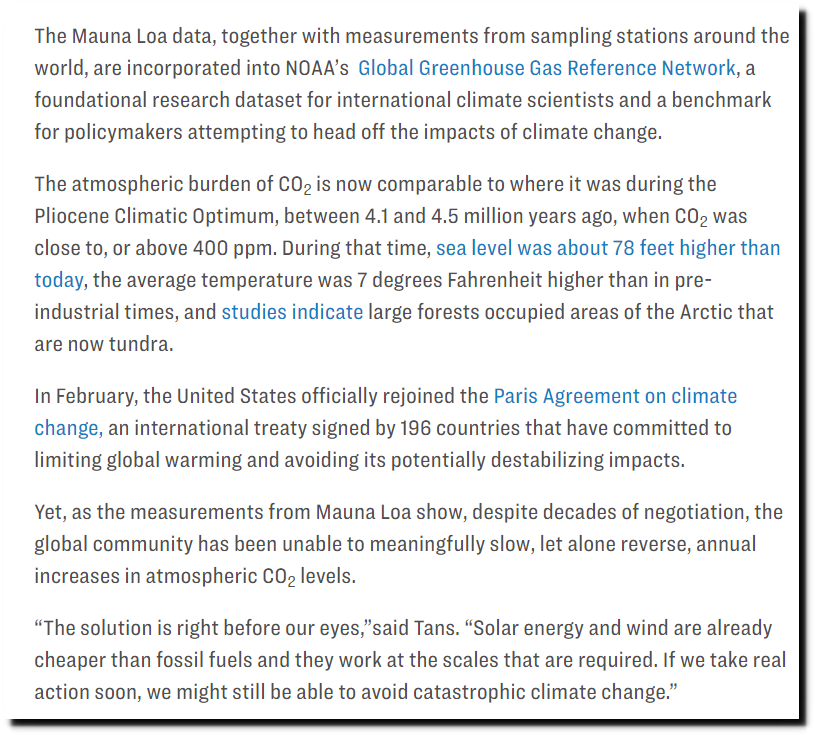 The Arctic was also much warmer 6,000 years ago when CO2 levels were low. The evidence shows CO2 does not control the climate, but NOAA concludes the exact opposite.