“HEAT WAVE Extremes in India
RECORD OF 124 DEGREES
CALCUTTA, Thursday. An unprecedented heat wave in southern India has taken a heavy toll. Thatch roofs ignited under the heat. At Khammamett in Hyderabad, a record temperature of 124 degrees was registered. A temperature of 116 was common over a wide area. Animals and birds are dying in thousands. In Assam, on the contrary there has been heavy rain, and at Cheerapunji, the wettest place in the world, 23 inches of rain fell in one day” 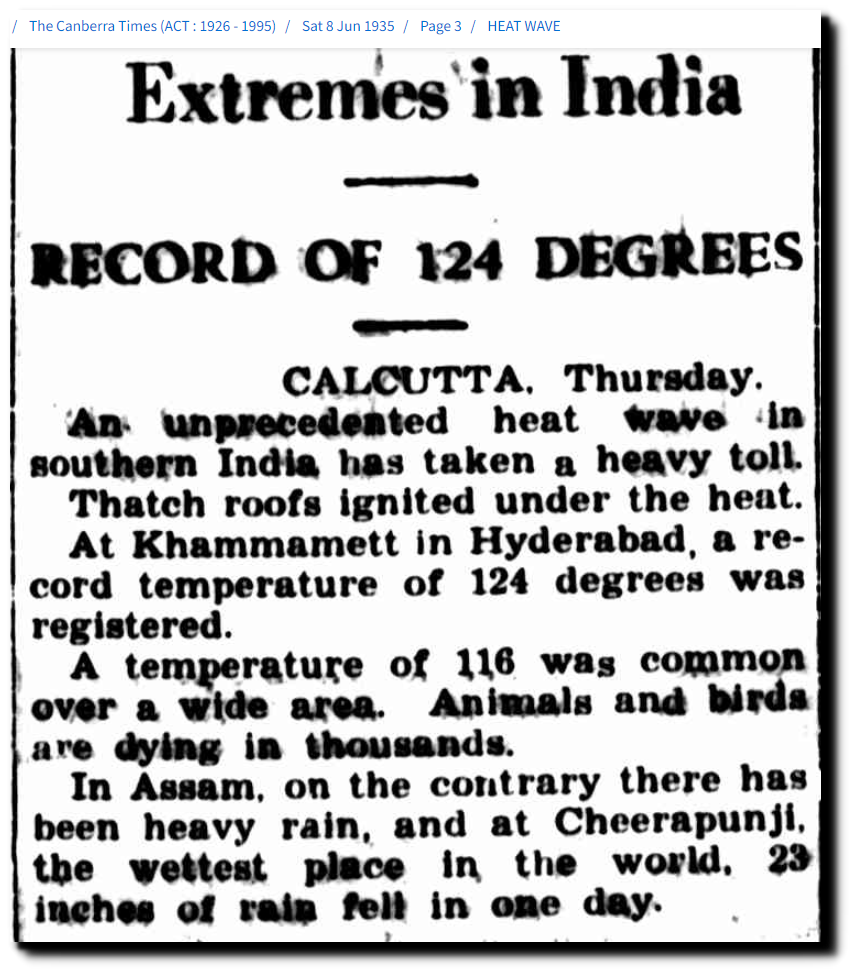 Earlier in the year the same area experienced record cold.

“INDIA UNDER FROST
Record Low Temperatures
Many Deaths from Pneumonia
CALCUTTA, January 15. India is feeling the effects of a spell of intense cold that swept North America and Europe, and the Punjab, Sind, and Rajputna, which normally record the highest Indian summer temperatures of 129 degrees in the shade, at present rivers and wells are frozen and the temperature is five degrees below freezing point, which is unprecedented. The cold has caused hundreds of deaths from pneumonia in the north- west and Central India, and it is feared may lead to an outbreak of smallpox and other diseases. Record low temperatures occurred in Calcutta and Bombay.” 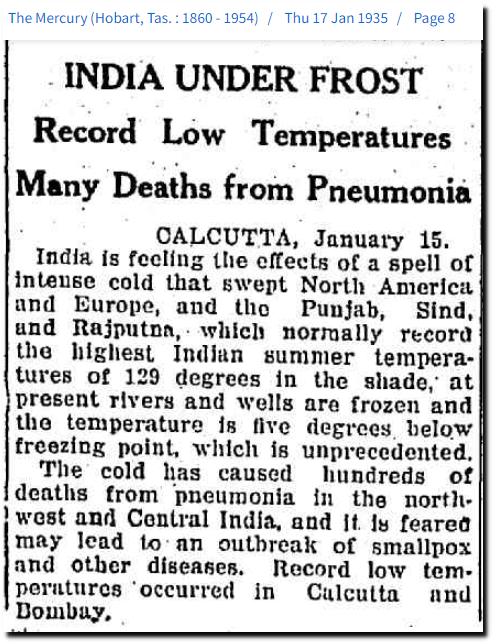