Scientists reported the drought in the west is the worst in 1,200 years.

Apparently those “scientists” didn’t do any actual research. 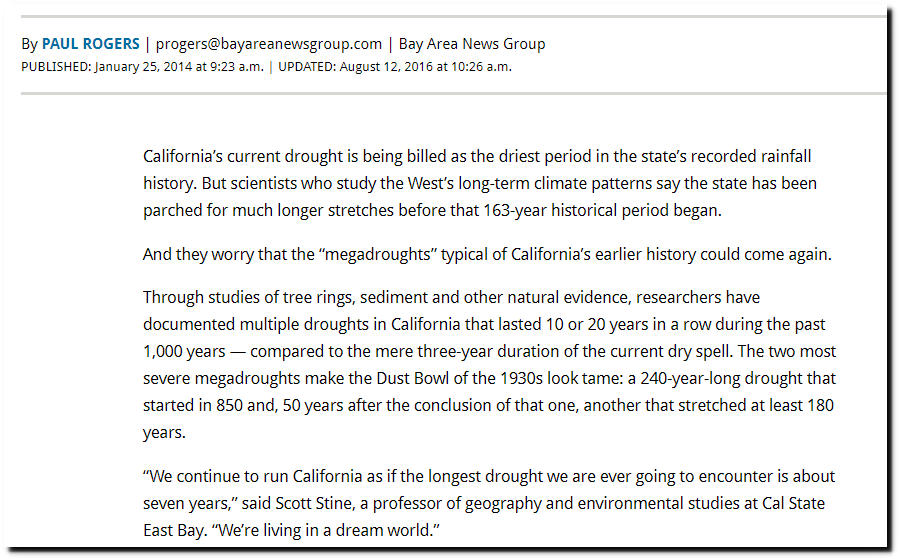 ” at least one other study, published in 1922, discusses a drought in California that lasted more than a century” 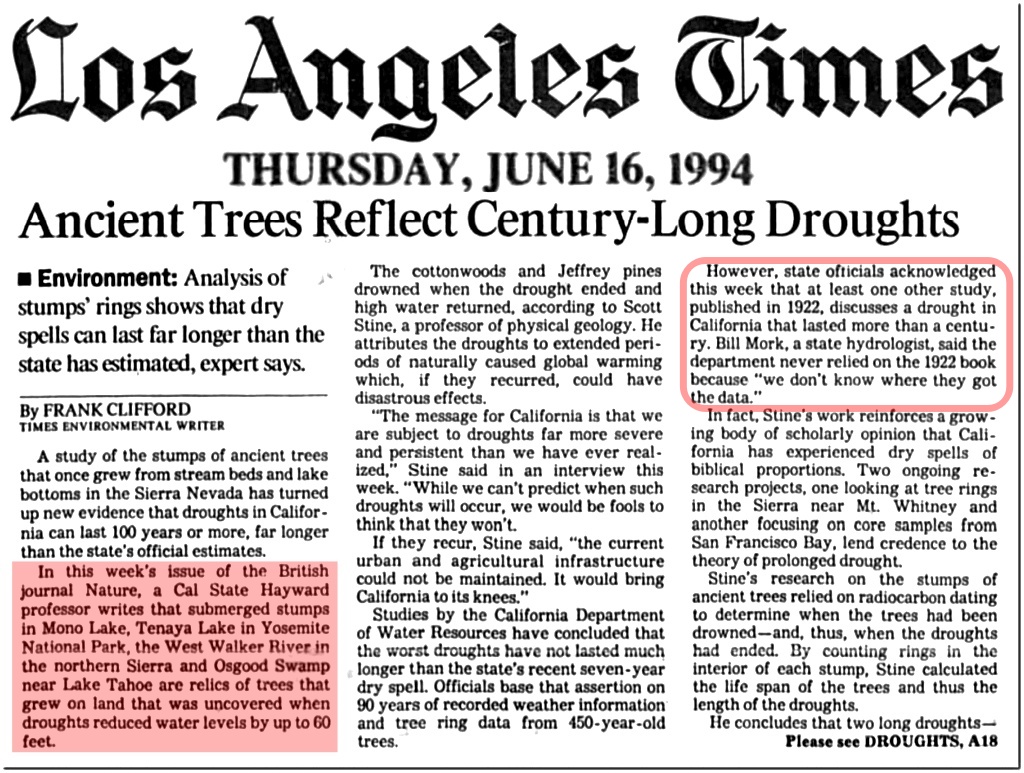