“Climate change: what the EU is doing
Council calls for accelerating actions agreed at COP26” Climate change: what the EU is doing – Consilium

“Europe may shift back to coal
Germany, Italy, Austria and the Netherlands have all signalled that coal-fired power plants could help see the continent through a crisis that has sent gas prices surging and added to the challenge facing policymakers battling inflation.” 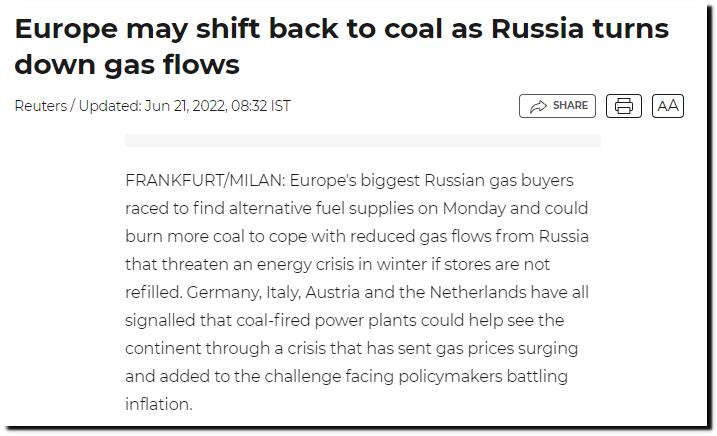