Fifty years ago this week was the Watergate break in. The New York Times, Washington Post and Democrats in general were outraged and ran President Nixon out of office. They said the problem wasn’t so much the break-in, but rather the cover-up.

Now these same groups ignore and cover-up vastly worse crimes committed by Obama, Hillary, Biden, the FBI and the intelligence community against the American people. 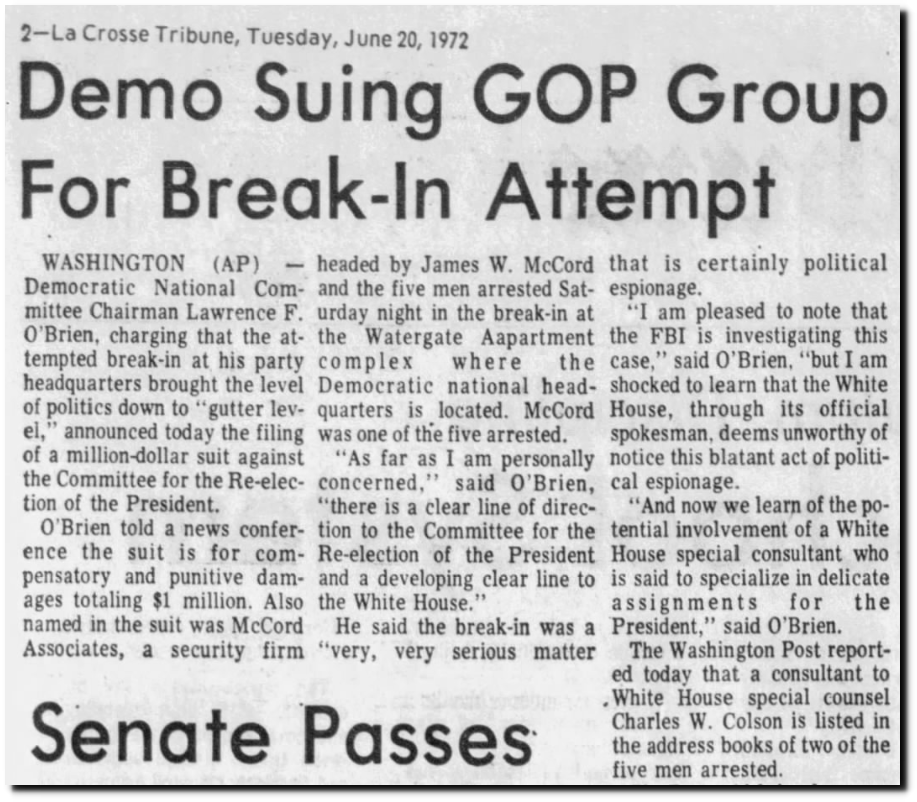 6 Responses to Fifty Years Since Watergate