CNBC says a New Mexico fire intentionally started by the US Forest Service is an accidental fire which is the result of climate change. 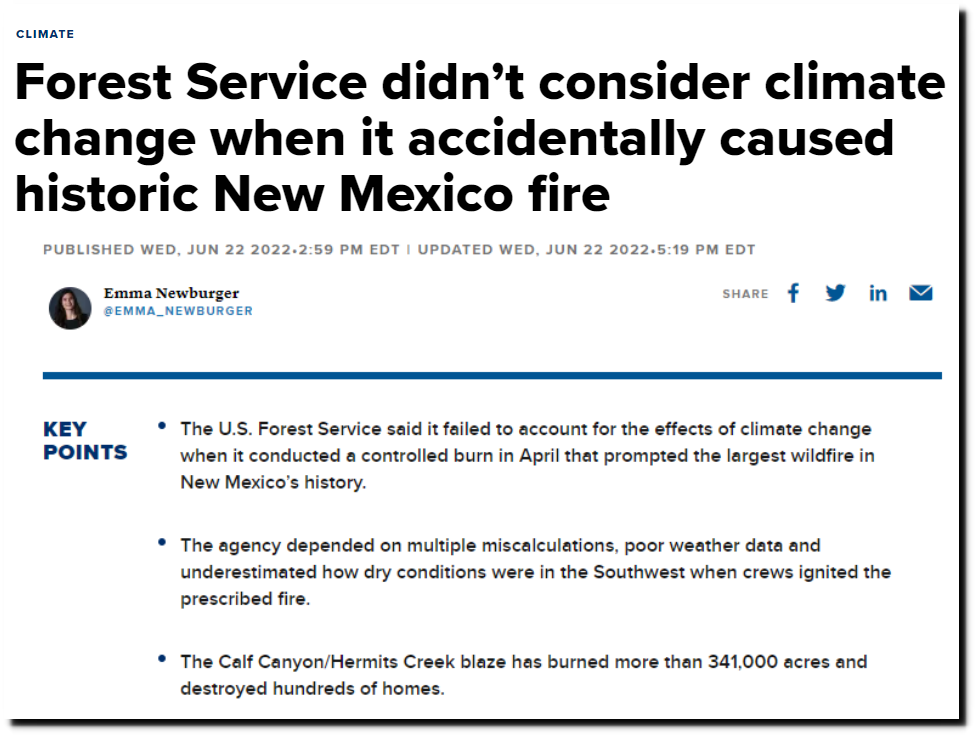 I used to work as a wilderness ranger just to the west of the burn area.  They are experiencing record cool weather and rainfall. June is normally a very dry month and they are flooded by early monsoons. 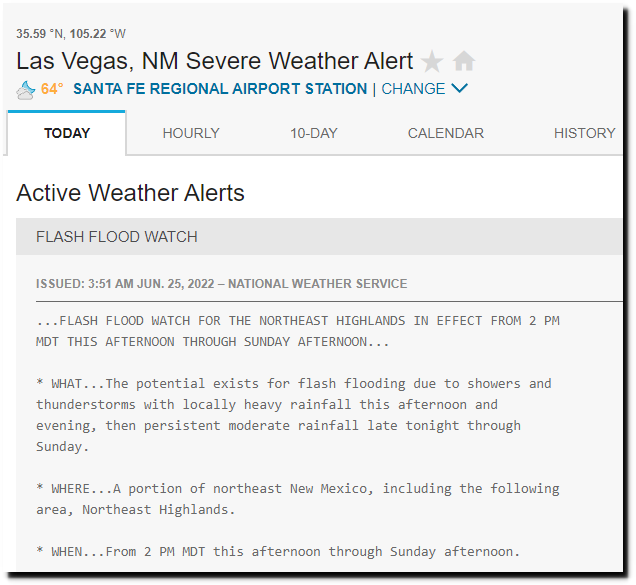 This week in 1890 all of the mountain ranges in the region were on fire.

Santa Fe, June 20. — Within forty miles of this city, high up in the mountains, several extensive forest fires now raging. Two are in the Santa Fe range, one east of Glorieta, and another in the neighborhood of Glorietto, in the Manzana range. 100 miles south. Superb forests of pine are being destroyed. A fire is also raging in the timber on the east slope of the Jemez mountains. Colonel Booth, Special Agent of the Interior Department, today wired the facts to Washington, asking authority to undertake to extinguish the fires.” They Are Sweeping Colorado Mountains,

No Effort is Being Made to Stay the Progress of the Devastating Cyclone of Fire.

Denver, Colo., June 25.—From telegraphic reports received here to- day it would seem that a great portion of the Sangre de Cristo range in Colorado and New Mexico is in flames,

A special from Espanola, New Mexico, says: The valley is obscured by smoke from the burning mountains east of Espanola. The fire extends over twenty miles up and down the Santa Fe range and makes a beautiful and weird appearance, The fires have been burning for several days now and no attempt is being made to extinguish it. The loss be great.”

“In the middle-12th century, an intense and persistent drought affected much of the contiguous United States. This drought led to massive Anasazi and Fremont habitation-site declines; e.g., 85 percent of the great houses in the Four Corners region were abandoned” 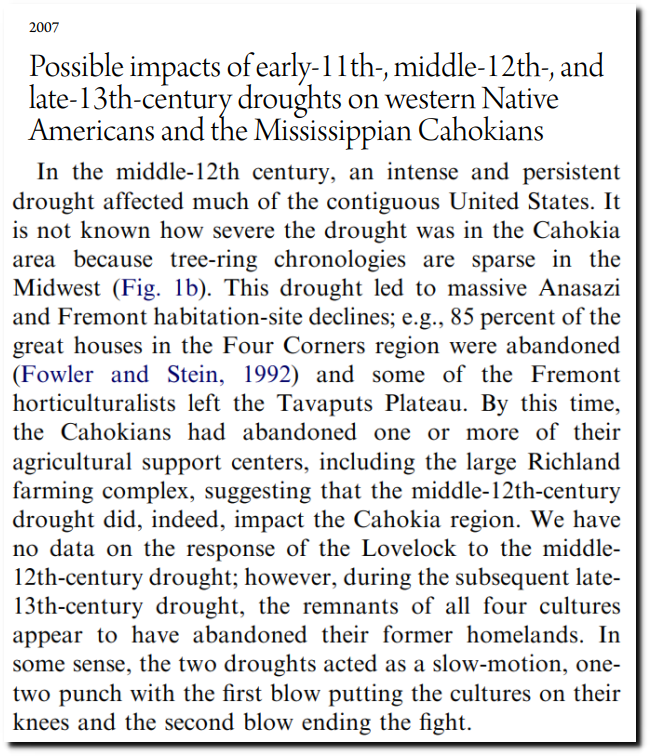 Possible impacts of early-11th-, middle-12th-, and late-13th-century droughts on western Native Americans and the Mississippian Cahokians

5 Responses to Man Made Fire Caused By Climate Change