The new model is even more useless than the previous one.

“There could be more rainfall than snow in the Arctic in as little as 30 years because of the world’s changing climate, according to a new study that predicts the transition will happen decades earlier than previously anticipated.” 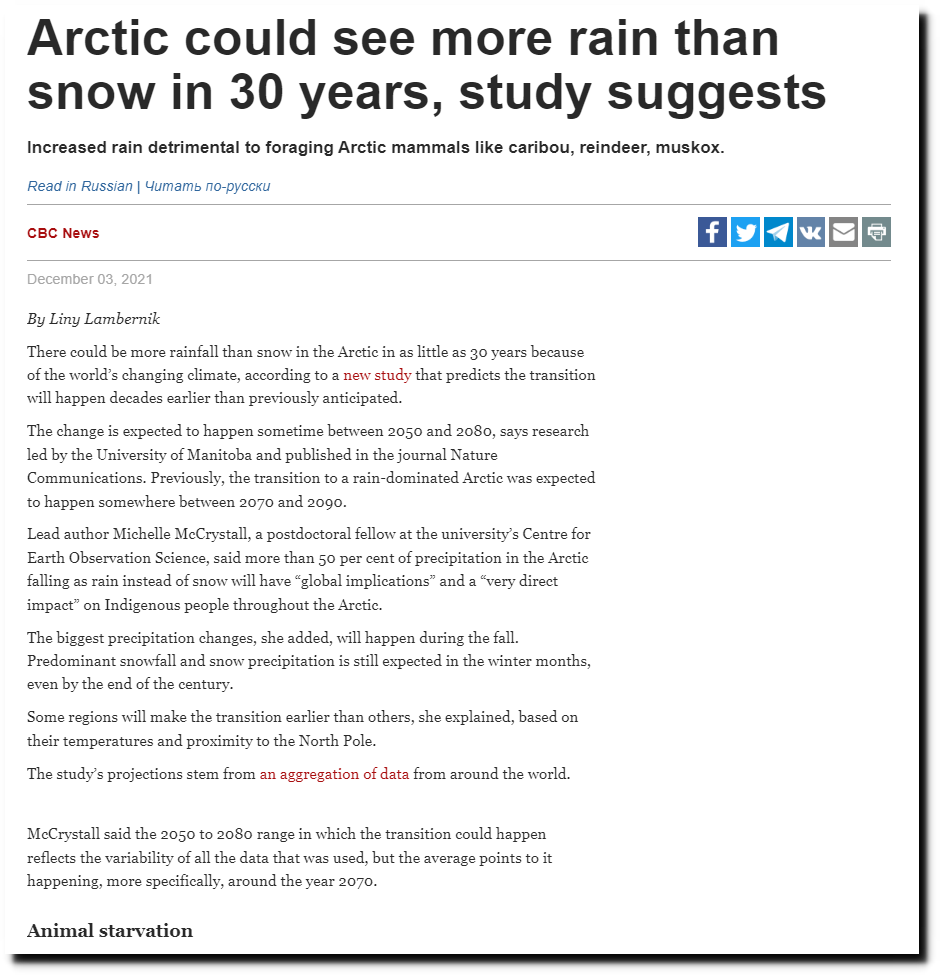