I captured this NOAA Texas temperature graph in 2011. 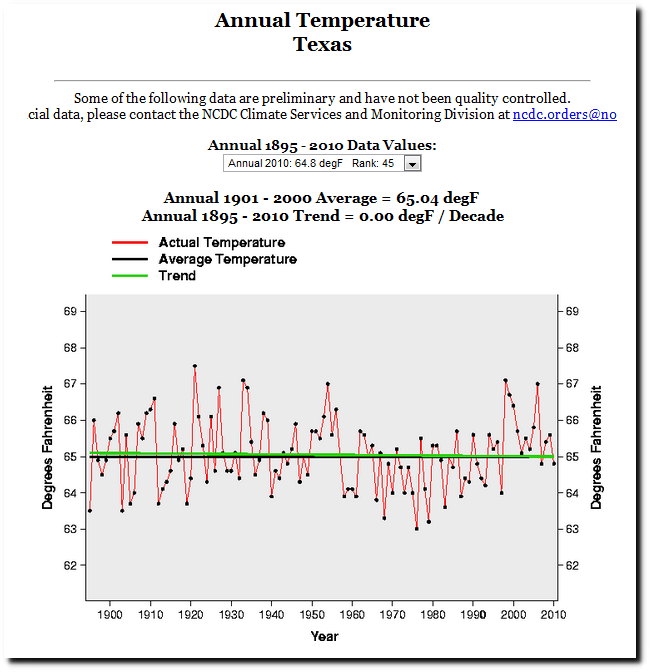 NOAA has since tampered with the Texas temperature data to turn a slight cooling trend from 1895-2010 into a warming trend, and erase the record hot year of 1921. 3 Responses to NOAA Turning Cooling Into Warming In Texas