The new ozone hole is seven times worse than the one which nearly wiped out life on earth during the 1980s. 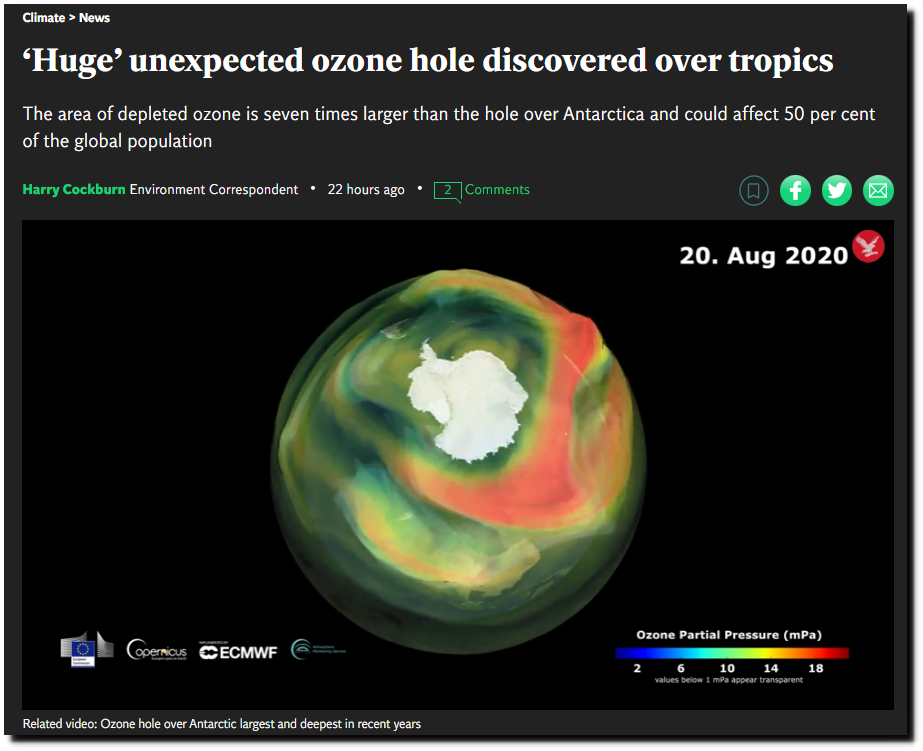 In 1988, the North Pole ozone hole was worse than the one at the South Pole, “scientists say.” 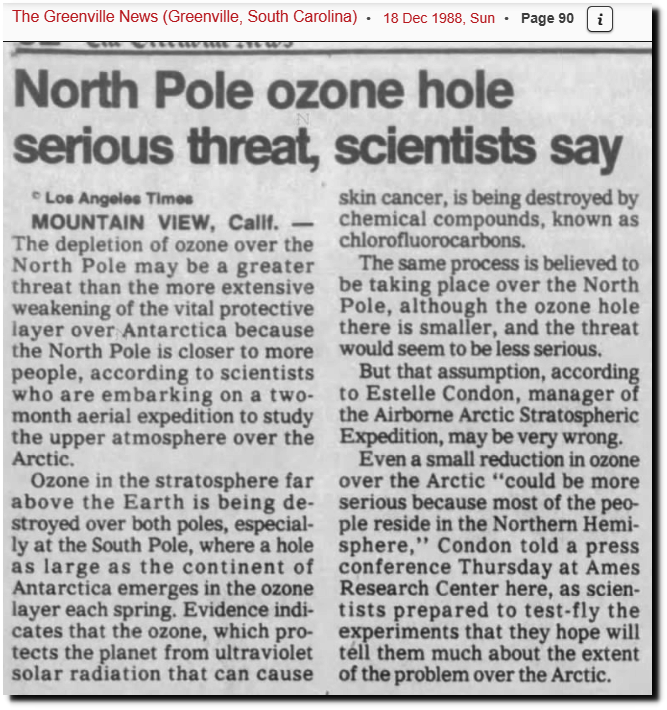 “In the 1980s, the planet was in grave danger, not from global warming but from a giant hole in the ozone layer, an atmospheric layer that absorbs most of the sun’s harmful ultraviolet light.” 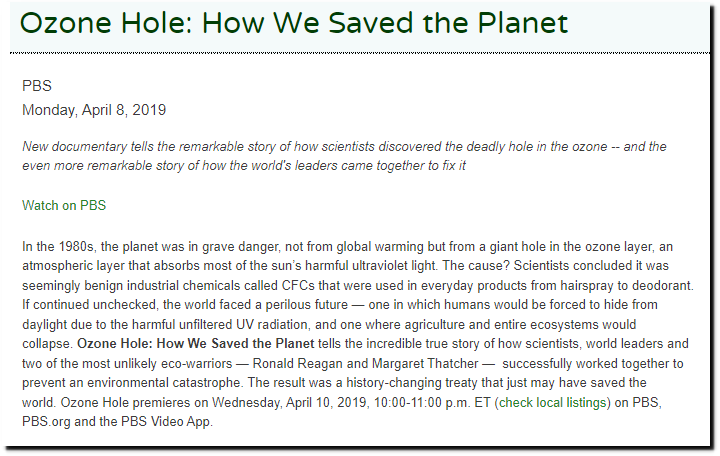 Ozone Hole: How We Saved the Planet | MIT Department of Earth, Atmospheric and Planetary Sciences