“Rep. Liz Cheney’s (R-WY) net worth ballooned from an estimated $7 million when she first took office in 2017 to possibly more than $44 million in 2020, according to analysis from the Center for Responsive Politics and her most recent financial disclosure forms.” 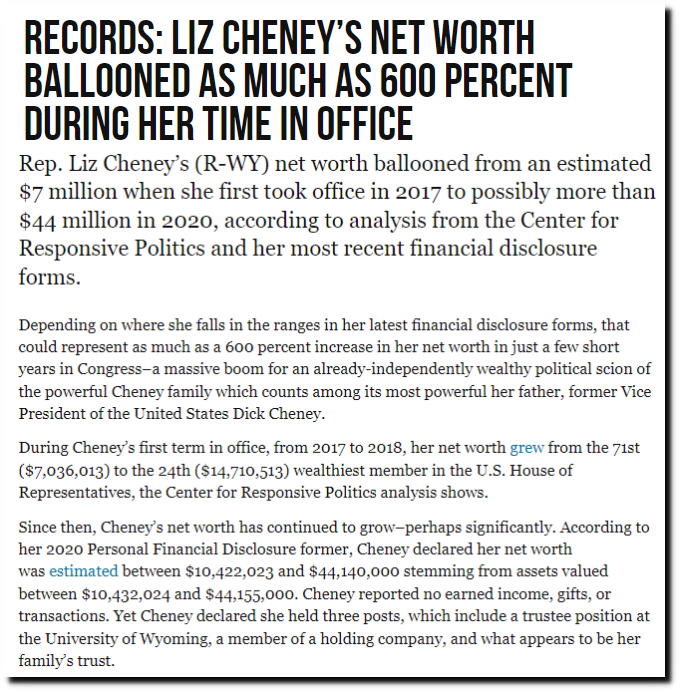