“The creation of the COVID-19 vaccine made history. Could you help us try to do it again with flu?” 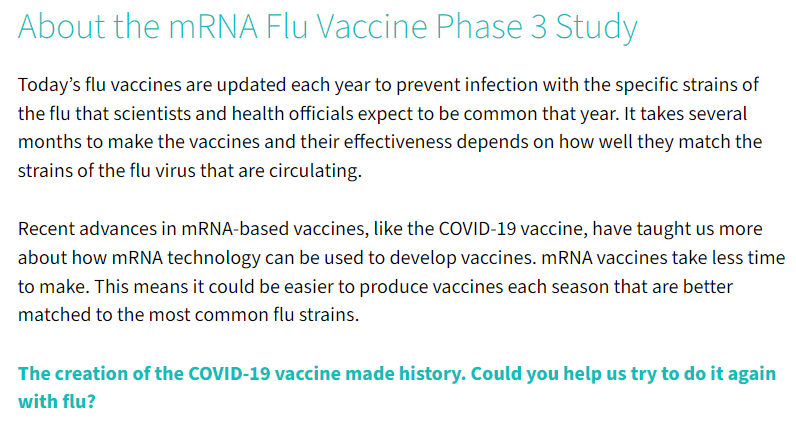