Retreat Of Greenland’s Jakobshavn Glacier Before 1903

“in the past fifty-three years the face of the glacier has retreated about eight miles.

Not only is it shorter than it formerly was, but its mass has otherwise been reduced to a very considerable extent. The surface of the glacier now lies  from 20 to 30 feet below its former level and the precipitous walls of rock that hem it in bear the record of this change of level.” 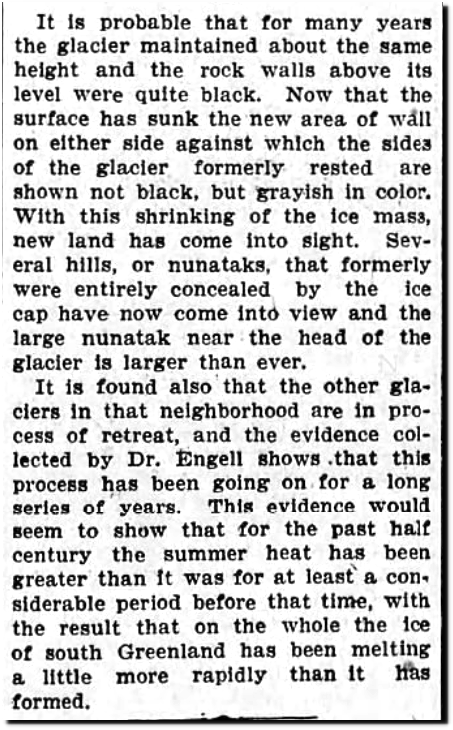 According to Michael Mann, this retreated occurred during the coldest 50 years on record.

4 Responses to Retreat Of Greenland’s Jakobshavn Glacier Before 1903