Over the last ten years, satellites show that the Earth is cooling. But that doesn’t suit the needs of the climate criminal community ahead of their convention in Paris this year, so NASA/NOAA created a completely fake surface temperature record – which is diverging from satellite temperatures at a rate of two degrees per century 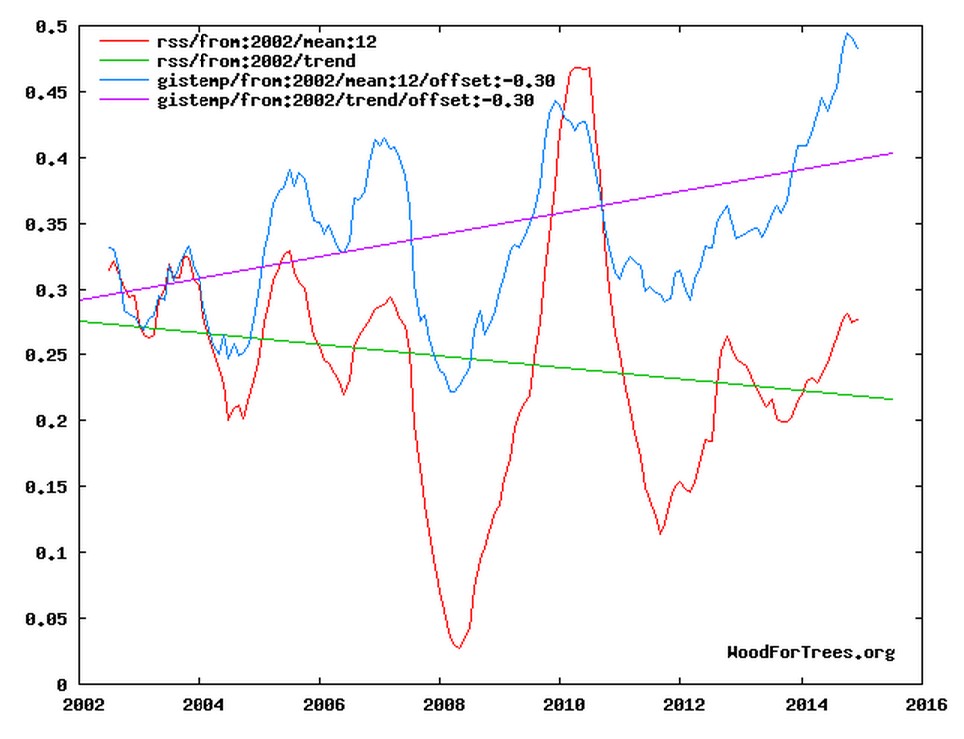 There isn’t one smidgen of legitimacy to the NASA/NOAA temperature record, but current their job is to create propaganda for the White House.

This fraud is nothing new for them, as they have been altering their own data for decades to create the impression of imaginary global warming. They have doubled 1880-1980 warming since Hansen 1981.

And their fraudulent temperature record looks nothing like the 1975 National Academy of Sciences graph.

They are able to get away with this, because they have many criminals in government and the press backing them up in this fraud, and believe they can do whatever they want and get away with it.

If they weren’t crooks, they would be very concerned about the discrepancy versus satellite data. But they don’t even mention it. A dead giveaway of their mindset..