On this date in 1940, there were 100 degree temperatures in Kansas, Oklahoma and Texas. About 25 degrees warmer than today’s forecasts.

On this date in 1952, it was 90 degrees in Michigan, Minnesota and Montana, about 30 degrees warmer than today’s forecast.

People believe fake news about global warming, because they don’t know how hot it was in the past. And the reason people don’t know how hot the past was, is because government agencies erase the hot past. Just like Orwell predicted. 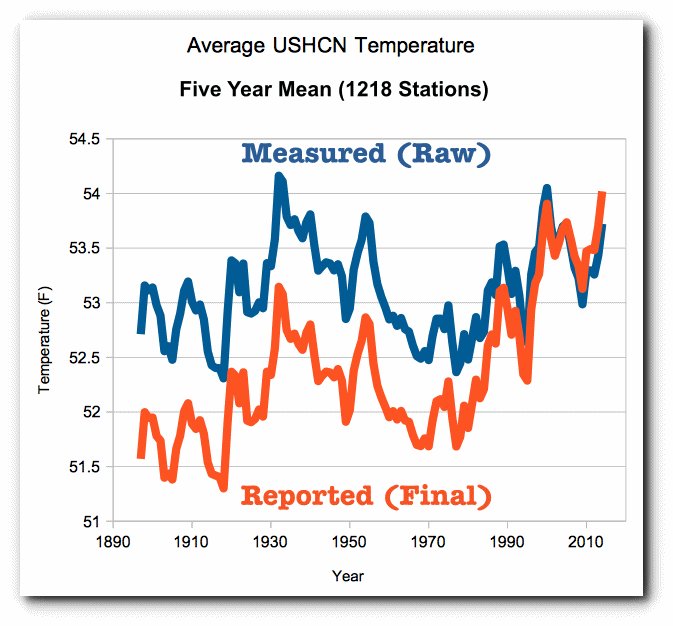 NASA not only hides the past heat, but they regularly alter data far outside their own 95% confidence error bars – shown in blue.

Catastrophic global warming is the biggest scam in science history.