On this date in 1896, the eastern US was experiencing an ongoing amazing heat wave. Almost the entire eastern US was over 80 degrees, and much of it was over 90 degrees. Selinsgrove, PA was 93 degrees, almost 40 degrees warmer than today’s forecast. 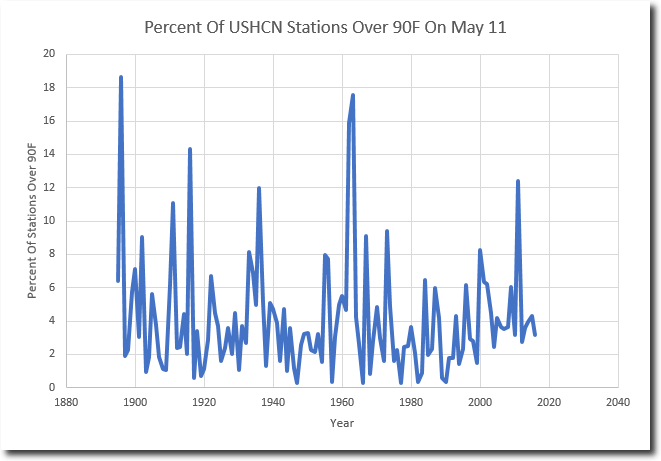 If heatwaves like this happened now, climate experts would say that they were 99% certain it was due to man-made CO2, and that government action is required.  This is because they aren’t scientists and don’t follow any legitimate scientific method.