One fact which is obvious to everyone except (1) climate scientists and their (2) useful idiots, is that colder winters have greater snow cover. Mosher (category 2) was arguing this with me last night, before I finally blocked him on twitter. 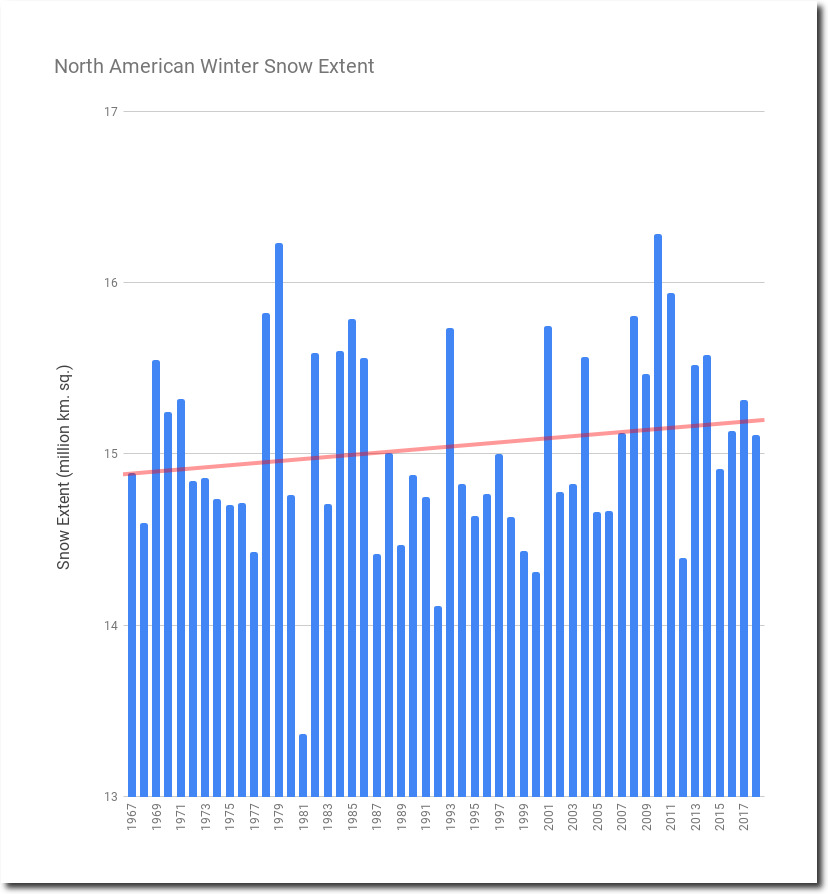 US winter maximum temperatures have generally been declining, after some very warm winters in the 1930s and 1950s. The relationship between cold and snow is also obvious to everyone outside the climate science community.