In this brainless, incoherent article by Jeff Masters of Weather Underground, Richard Alley states that CO2 is the climate control knob, and then immediately explains that it isn’t. His largely irrelevant and wildly deceptive statement “The temperature never goes very far without the CO2” should be enough to get him banned from any serious discussion about anything. In the historical record, changes in atmospheric CO2 are a reaction to temperature change of the oceans – not the cause of them.

One of my favorite places in New Mexico is Chaco Canyon. Pueblo Bonito housed 1,200 people, and was abandoned after a 70 year long drought, apparently caused by 13th century SUV’s. 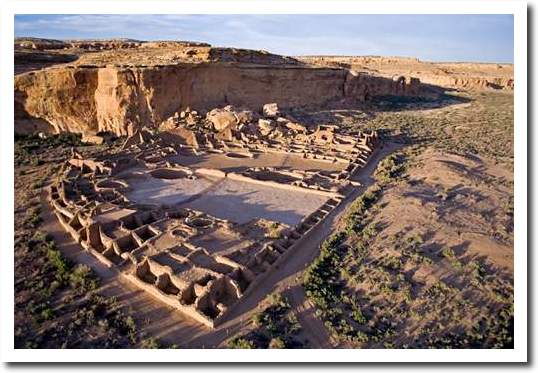 I found this interesting article in the National Geographic archives. 32 Responses to The CO2 Control Knob