The Titanic was powered by coal, which led to its own demise. Look at all that carbon pollution. And a year later, California reached 134 degrees. 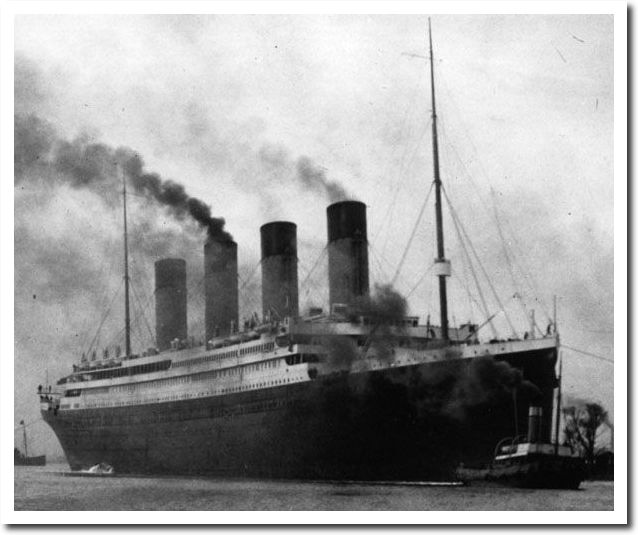