But climate was determined by one hot day on July 25. 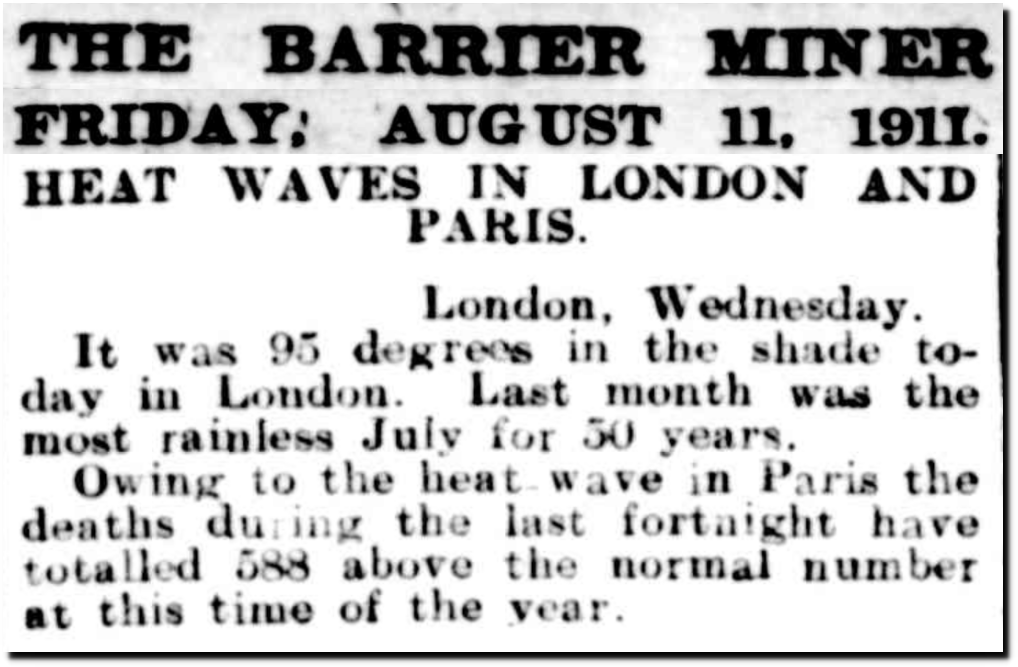 Thousands of deaths in Europe and America.