Two months ago, the LA Times hysterically reported that Greenland was melting like never before. They cited 16.5 hours above freezing in the center of the Greenland ice sheet, and said it only happened before in 2012 and during the Middle Ages. The 2019 event never actually happened however. 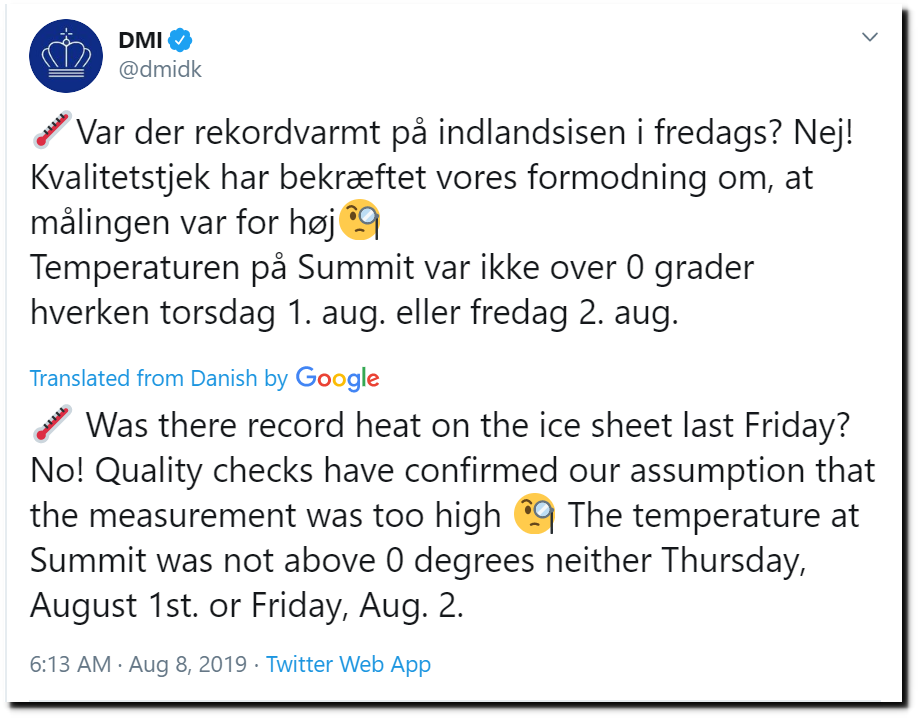 But during the Middle Ages, the summit was above freezing for 500 years, which was a little longer than the zero hours in 2019.