NBC’s morning weatherman in Washington DC says “radical heat” in the east and “record snow” in the west , is caused by “changing climate.” 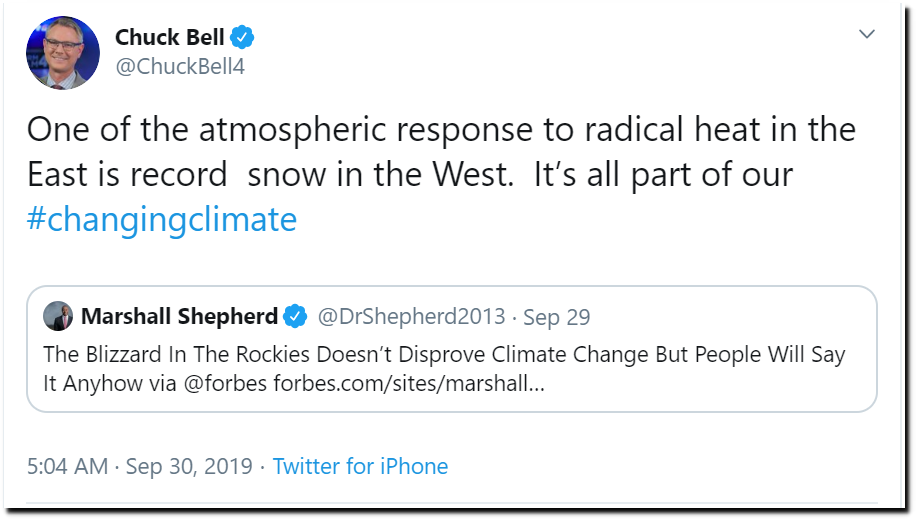 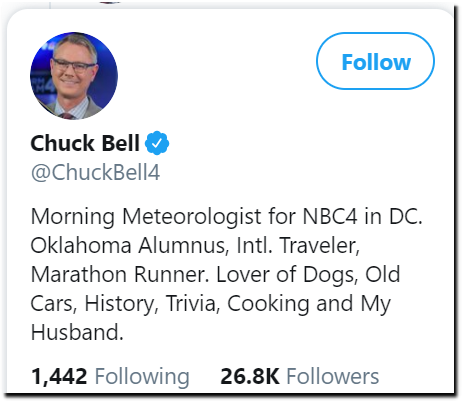 Had Chuck Bell done any actual research, he would have known that it was 105 degrees in Massachusetts on September 22, 1895 – while there was heavy snow in the west. In other words, the climate hasn’t changed. 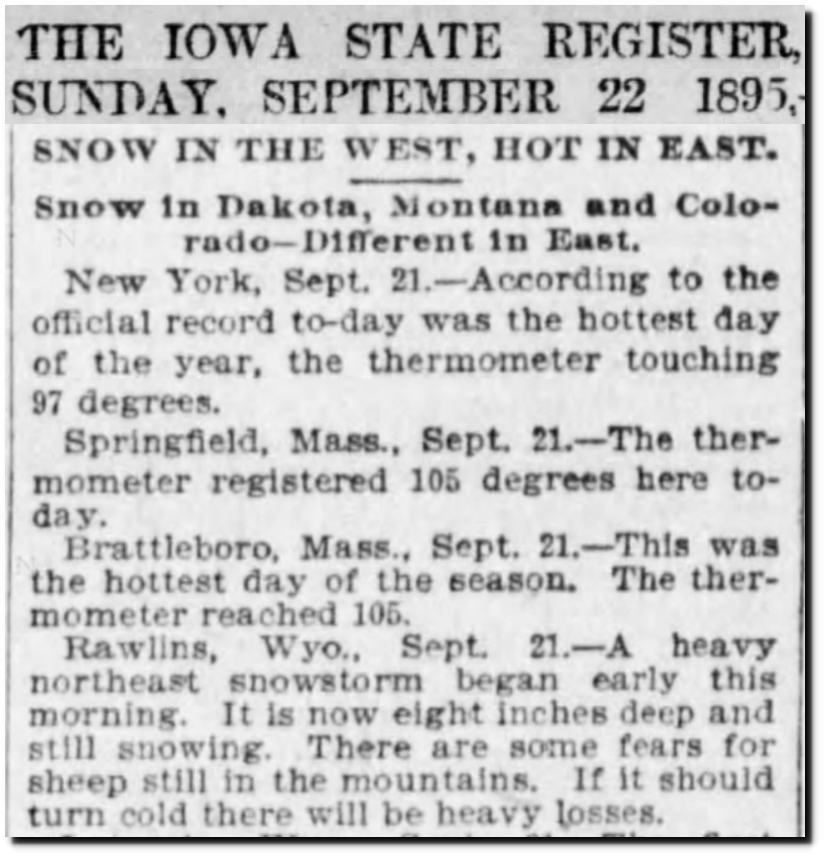 The east was much hotter in 1895 than this year. 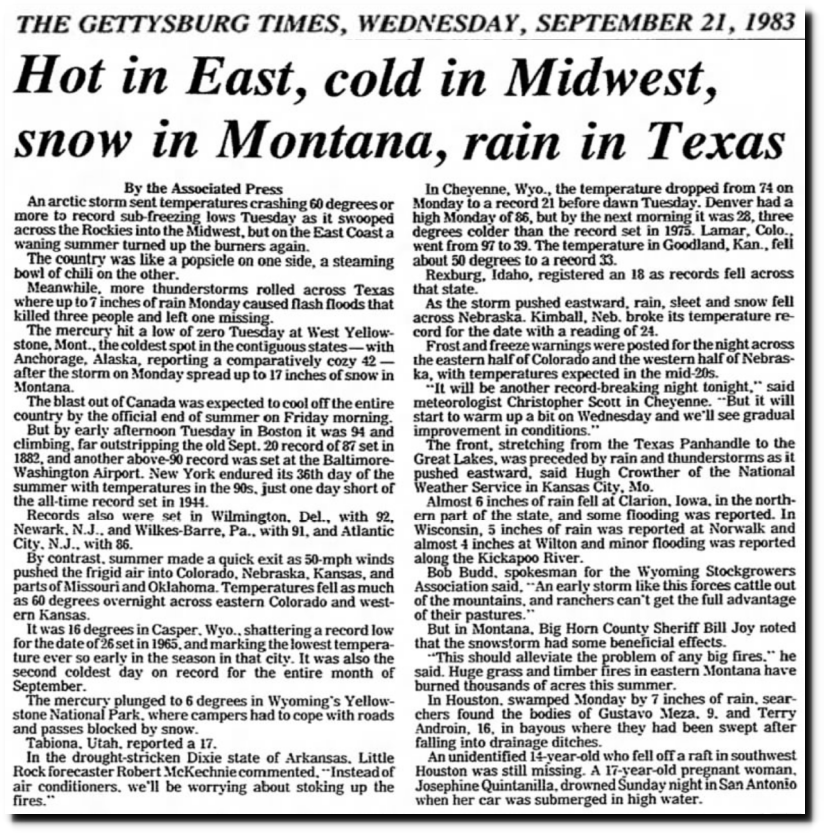 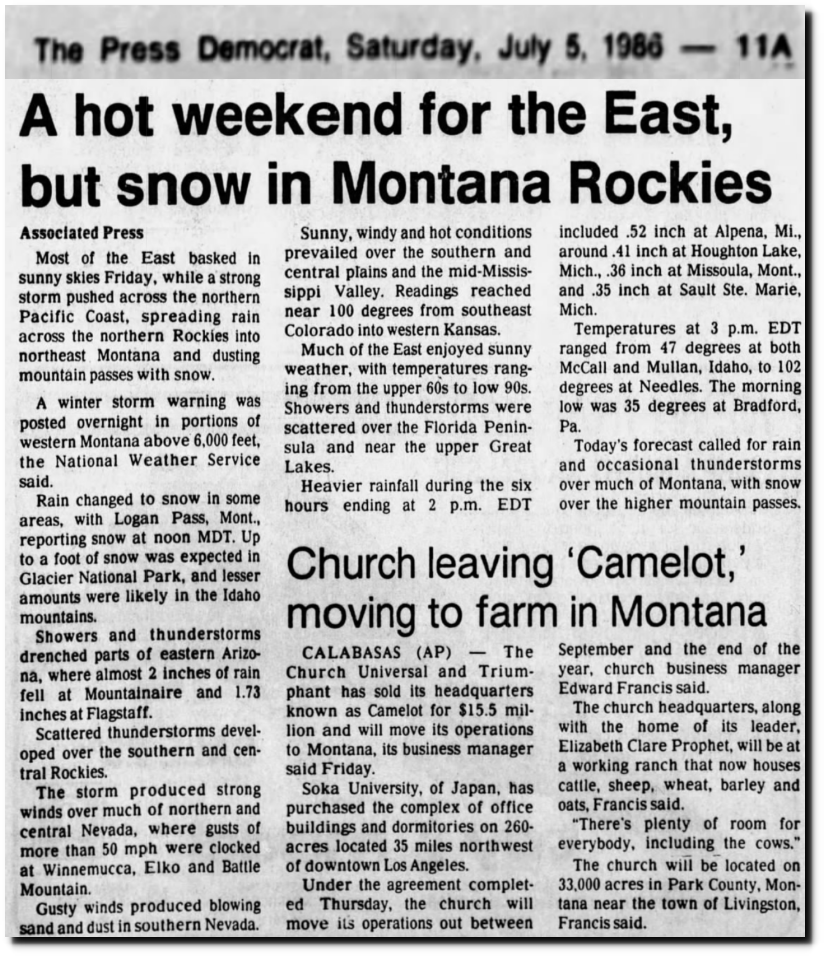 The hottest September 30 in the US occurred in 1953, when Indiana reached 103 degrees. Similar pattern to this week, only this week is ten degrees cooler. The average September 30th maximum temperature in the Southeast US has declined since 1895. And the likelihood of hot weather has also plummeted. Climate alarmists now blame heavy snow on global warming, but the IPCC definitively predicted the exact opposite in 2001. And a year earlier, it was announced that snow is a thing of the past.

Chuck Bell got everything wrong, did no research, and misinformed countless numbers of readers and viewers.  Will he retract and correct?