The press is reporting this week that Arctic is hot and sea ice is at a record low. Meanwhile, actual Arctic sea ice extent is the highest for the date in five years. 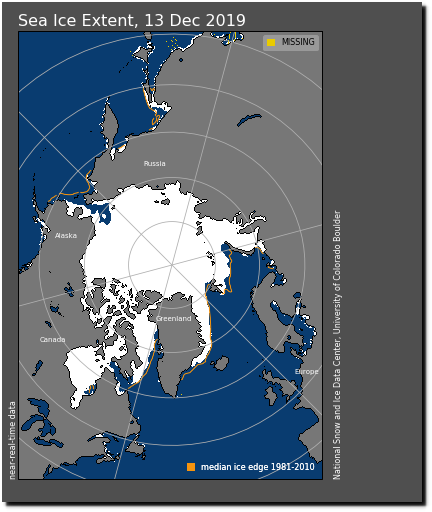 Ice growth since November 1 has been the third highest on record.

For the third year out of the past four, the Greenland surface mass balance has been average or above average. 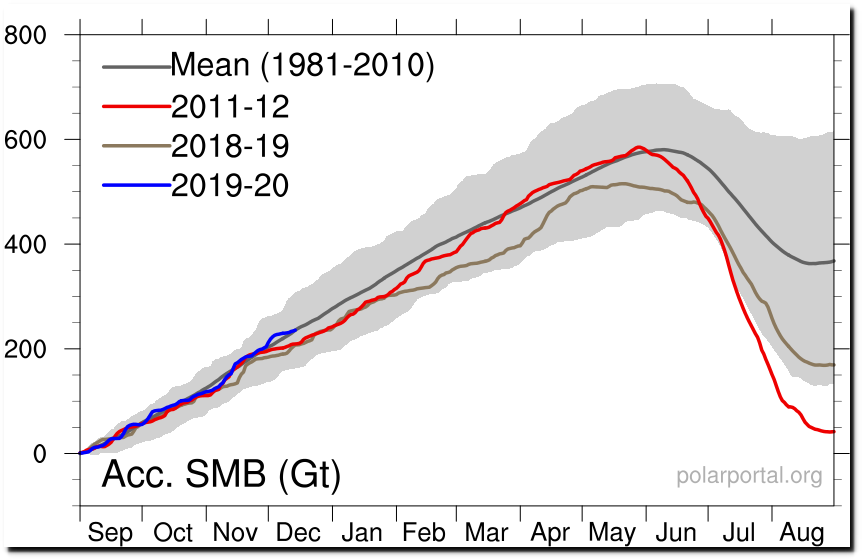 Temperatures in the center of the Greenland Ice Sheet have been averaging around -40 degrees over the past month.