Mashable says the red blob over Siberia is scorching. GISS shows January/February temperatures in that red region averaging around -25C, which is above average but not as warm as 1934.  March temperatures are not yet available. 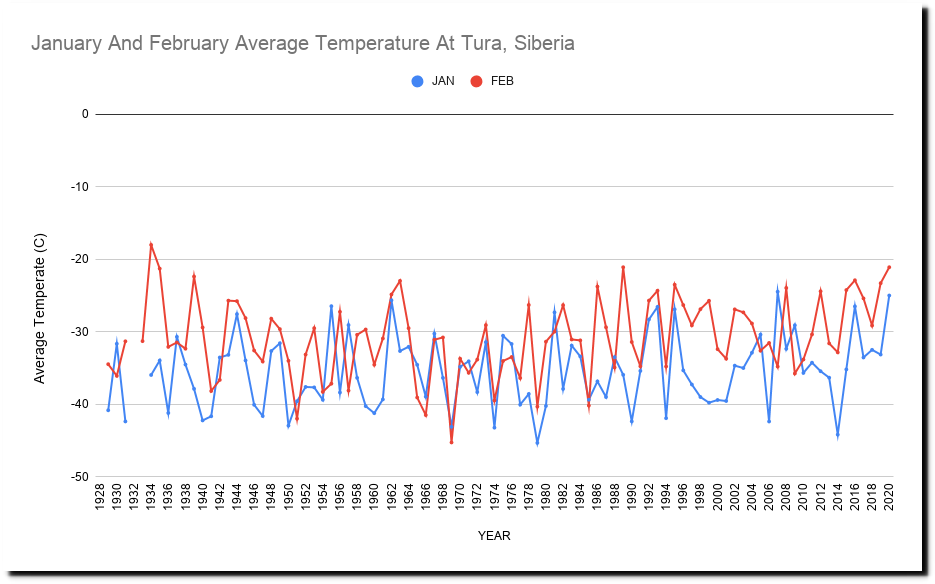 How many people would be willing to spend $5 to relocate climate journalists to scorching Siberia?