Last year, Arctic alarmists got a lucky break when southeast winds during May and June blew the ice offshore from Alaska. This allowed them to excitedly blame the “record low Alaskan ice” on global warming. But it is not happening this year.

The Alaskan coast is ice-free every summer, but that doesn’t stop journalists from lying about it – like they do about everything else. 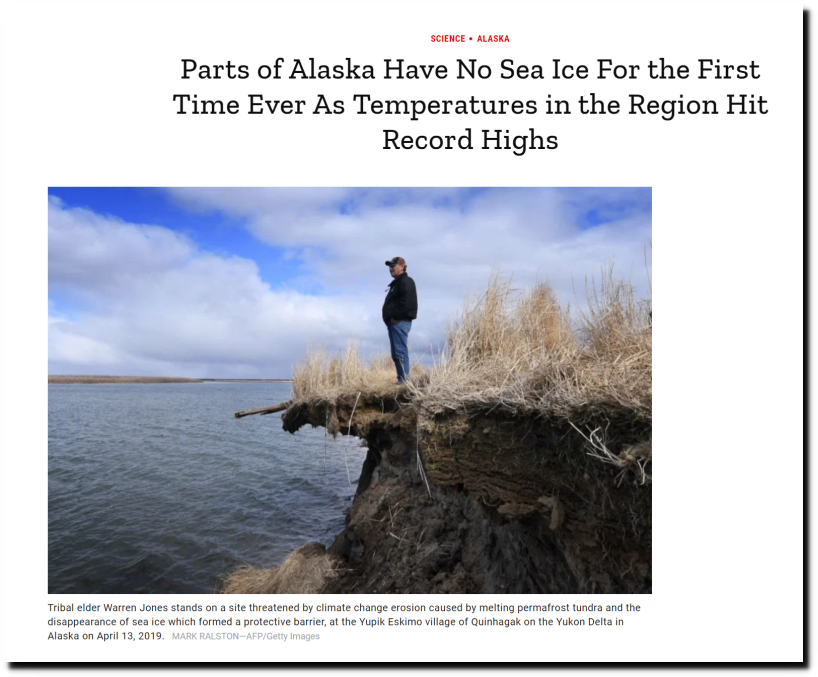 Alaska’s Sea Ice Has Its Lowest August Levels Ever | Time