The mass media induced mass panic – by telling people they were experiencing some new apocalypse called the “novel coronavirus.” But it turns out that most of the population already had immunity, 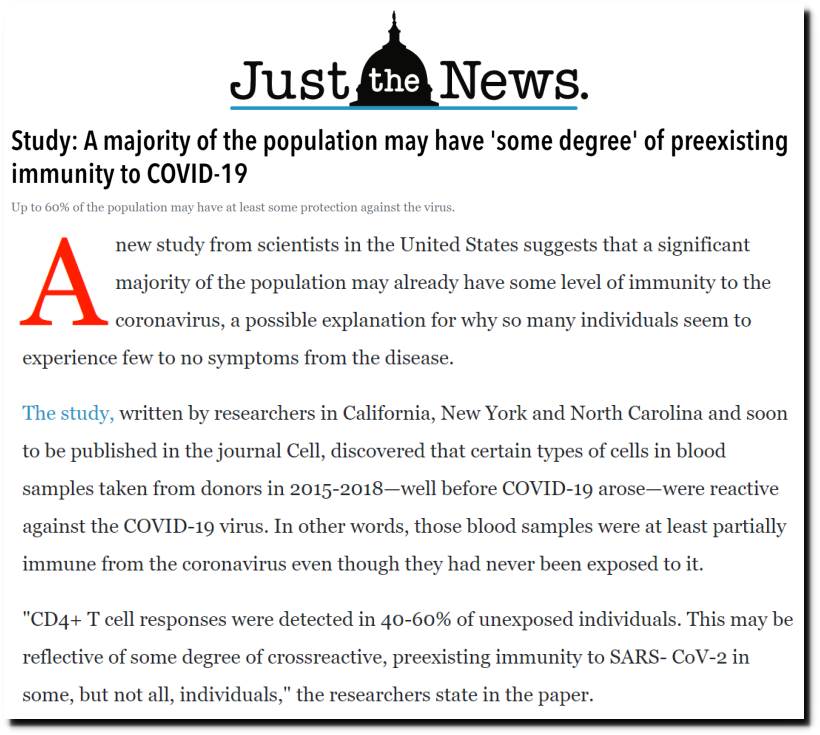 Study: A majority of the population may have ‘some degree’ of preexisting immunity to COVID-19 | Just The News

CDC now confirms that death rates from COVID-19 are in the same ballpark as the flu, for all age groups. 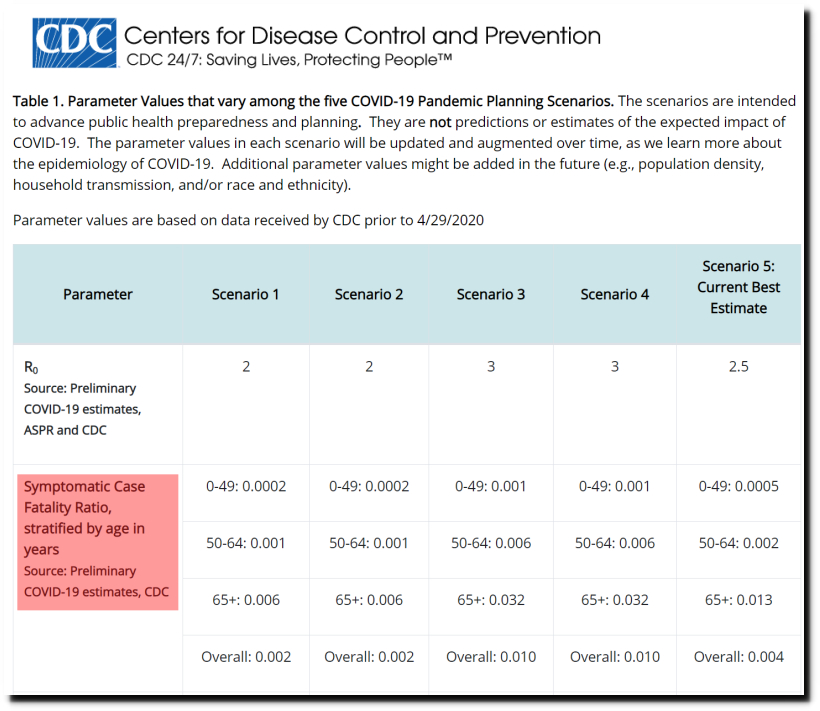 But the press has succeeded in destroying tens of millions of lives, in their never-ending  efforts to win the November election for the Democrats.

All coronaviruses largely disappear in the Northern Hemisphere during April and May, but that won’t stop politicians and the press from claiming their draconian anti-science, anti-human lockdowns were effective. 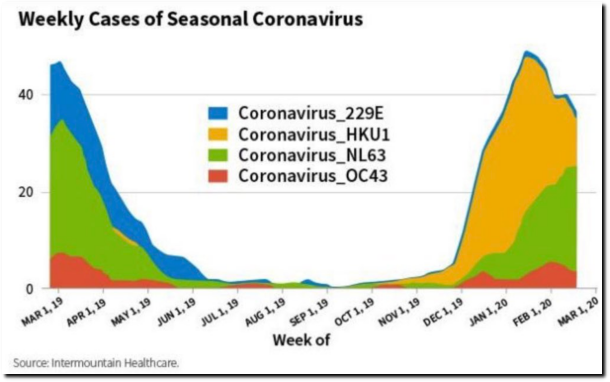 This March 19th video from German infectious disease specialist Sucharit Bhakdi, is what originally tipped me off that we were headed into one of the greatest mass delusions in history. Turn on closed captioning if you don’t speak German.

11 Responses to The Not-So-Novel Coronavirus