Bill Gates wants to give his mystery vaccine to two billion people. 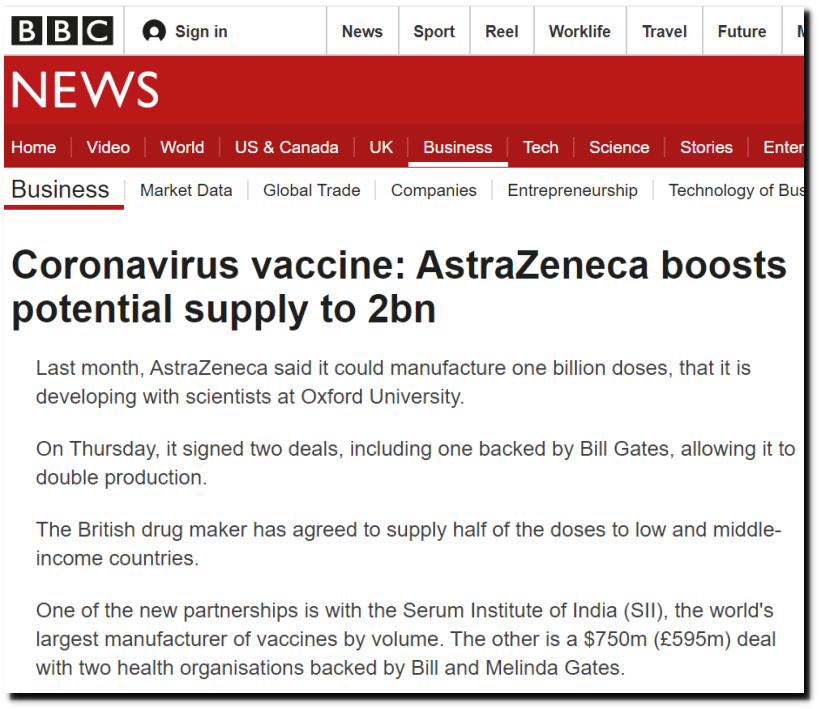 No one has ever made a successful Coronavirus vaccine, but Bill is going to whip one up just in time for the election. Bill also wants to pollute the atmosphere to stop global warming.

In completely unrelated news, academics want to reduce the world’s population by 50% to stop global warming.