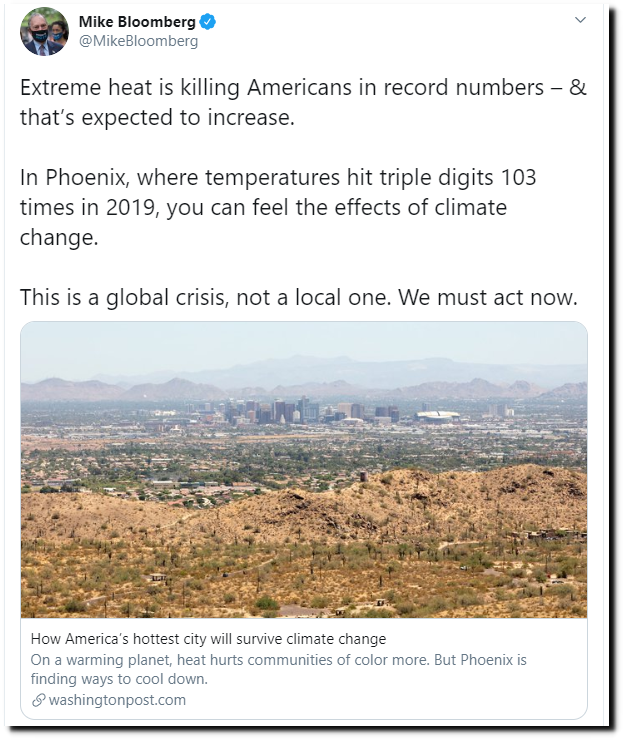 Bloomberg thinks Phoenix is dying like New York.  It is actually the fastest growing city in the US. 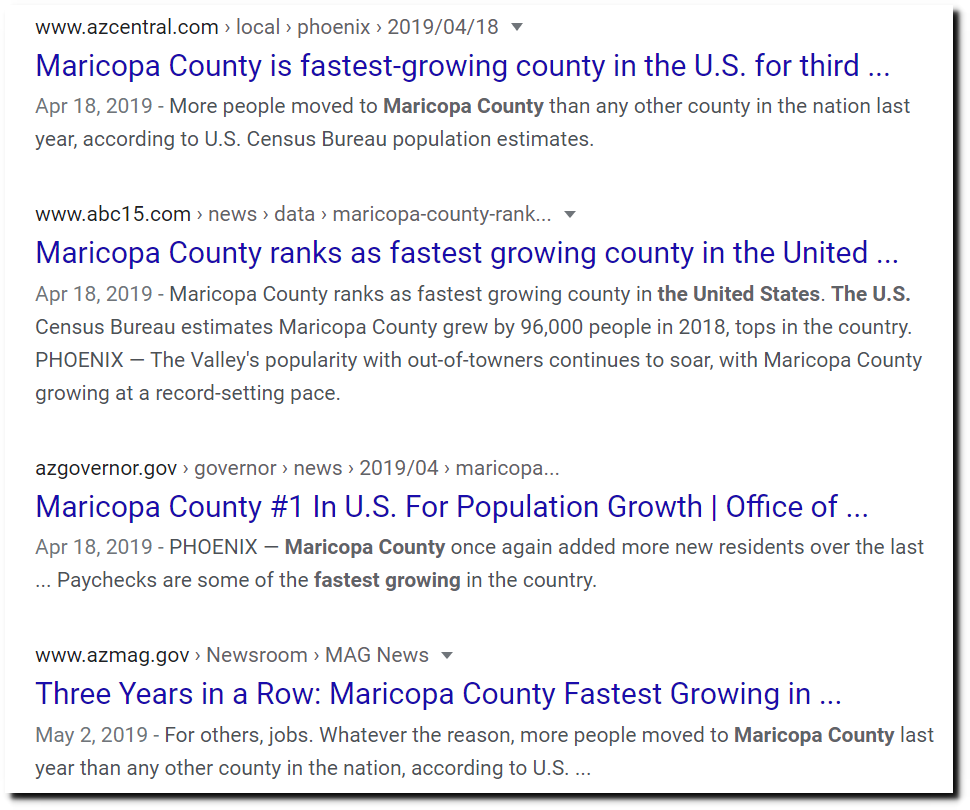 Deaths from natural disasters are down 90% across the globe over the past century. Now let’s look at Bloomberg’s understanding of climate. The closest USHCN station to Phoenix is at Buckeye. Excellent timing by Bloomberg though.  This date in 1936 may have been the hottest day in US history. The average temperature across the US was 96 degrees. The heat of July 14, 1936 likened to the 1918 flu pandemic, which killed fifty million people. Detroit had one death every ten minutes. Bloomberg got every single thing wrong, because he believes fake news from the Washington Post.

24 Responses to Bloomberg : 100 Degree Weather In Phoenix Is Climate Change