Colorado Public Radio reports that “scientists say” the fires in Colorado are caused by climate change and will get worse unless we reduce carbon emissions. There has been no trend in Colorado precipitation since 1895. Most recent years have been above average. 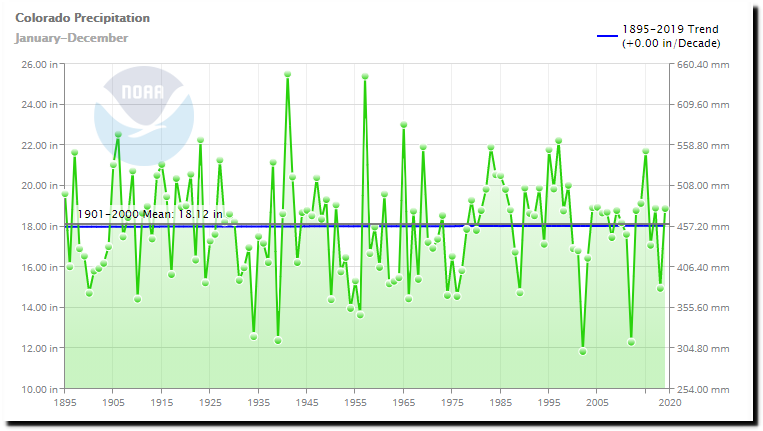 NOAA shows that maximum temperatures have increased in Colorado, but this is entirely due to their own data tampering. 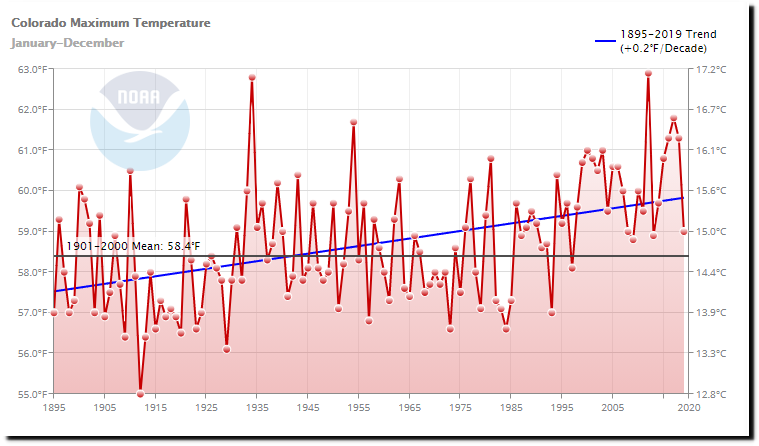 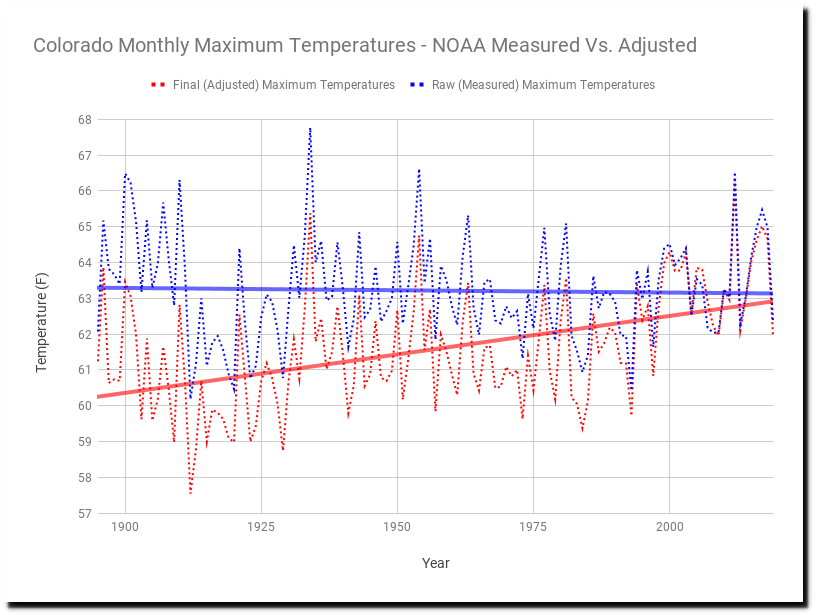 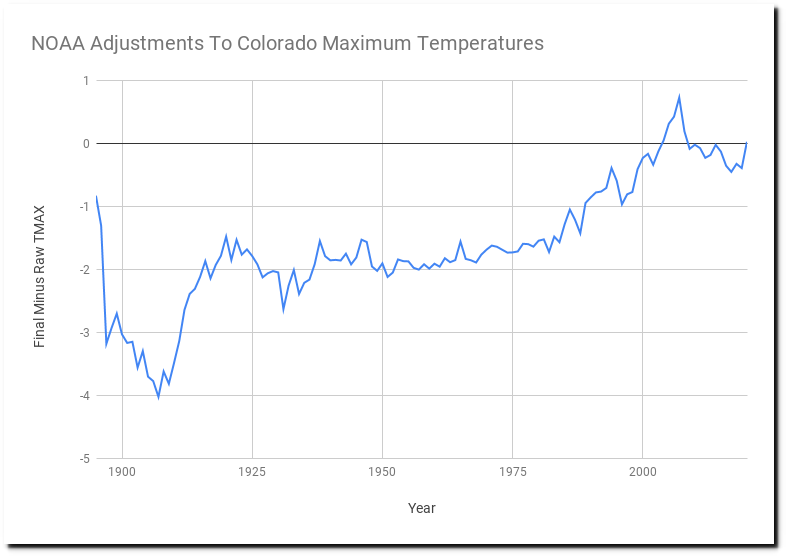 Twelve years ago, Colorado climate scientists said that the ski industry would collapse even with a reduction in carbon emissions. 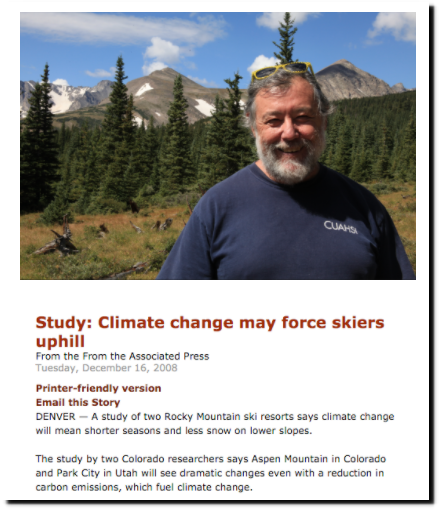 Instead, Colorado has been having record snowfall. I took this picture in Leadville, Colorado in the Middle of March. The year before, ski areas were still open in July.

I took this picture west of Boulder on the first day of summer 2019. The Anasazi were driven out of Mesa Verde by a 23 year long megadrought in the 13th century.  They must have forgotten to lower their carbon emissions. 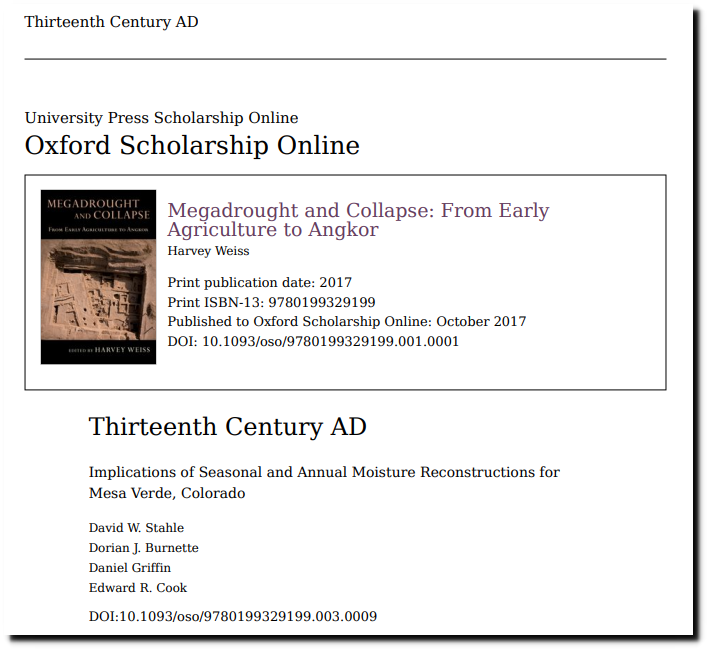