Three days ago, Time Magazine published this article saying that the Swedish COVID response is a disaster, and that they have failed to reduce their coronavirus mortality  rates. 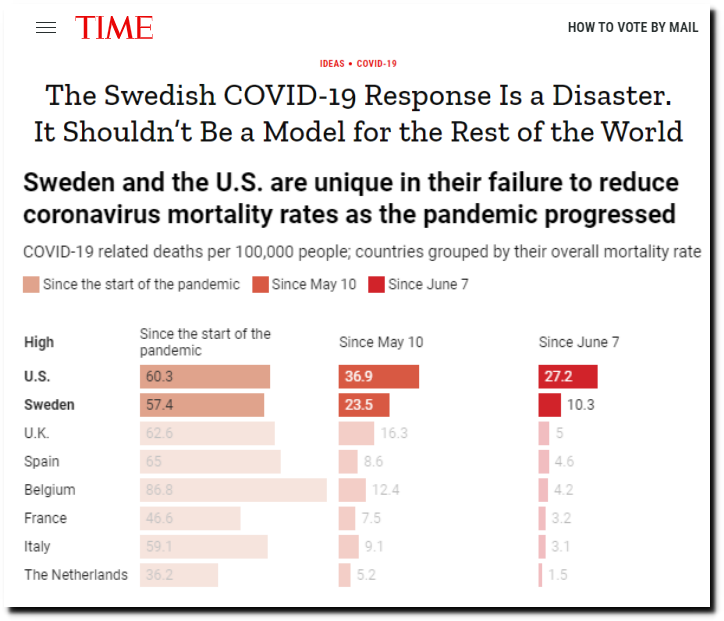 Sweden currently has one of the lowest mortality rates in the world and it is going down, even as it rises in the rest of Europe. The dates referenced in the e hit piece are May 7 and June 10. Total deaths per million in Sweden is less than many places which did hard lockdowns. 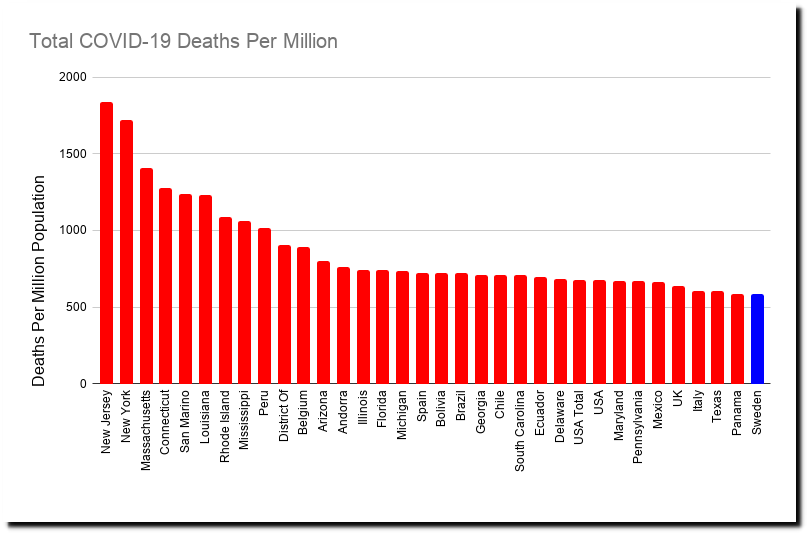 And deaths were much lower than forecast.