What follows is the data from Casa Blanca, Cuba. 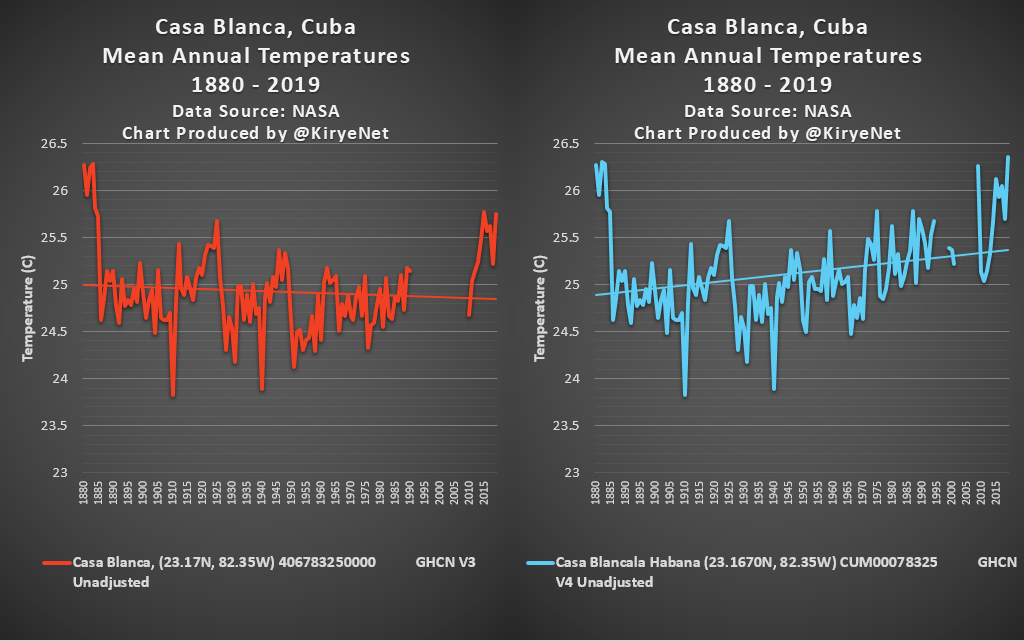 According to NASA, both are unadjusted data.

Even worse, the GHCN V4 adj – homogenized data show that the station doesn’t have any annual temperature data from 1880 to 1916, and has had a rapid warming trend. The unfaithful media have not reported this, despite the many similar cases.